HUNTSVILLE, Ala. (WHNT) – The Global Rally for Humanity planned to protest Islamic attacks on humanity, with one set for Saturday morning outside the Huntsville Islamic Center.

The movement was primarily spread nationwide and overseas via Facebook and was schedule to coincide with the 20th anniversary of the Million Man March in Washington D.C. on Saturday.

In attendance in Huntsville: Baptist pastor Chris Todd, wanting to show acceptance in the face of the possible tension.

“I expected to see a group of people here angry, with signs talking about how awful Muslims were but no one showed up,” said Todd. 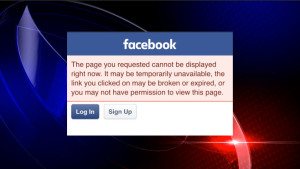 Not one protester despite the Facebook event created — a page that had since been disabled. The only people joining Todd were Muslims.

“This is basically my second home,” said Dr. Azam Qureshi.

While many planned counter-protests nationwide, the Muslim men present wanted peace, and a conversation.

“I was just planning to see if anyone was here and had any questions about Islam or had any concerns,” said Qureshi.

The Huntsville Islamic center closed all day Saturday. ‘No Trespassing’ signs lined the entrance to the property in an effort to protect the members against the dozens of Huntsville protesters that RSVP’d to the event.

“I don’t want them to think that the people who said they were going to come were representative of the people of Alabama,” said Todd.

“One person does not represent the views of the population,” said Qureshi.

Most protests were canceled, and the few in front of the Huntsville Islamic Center are glad their place of worship was not made one of protest.