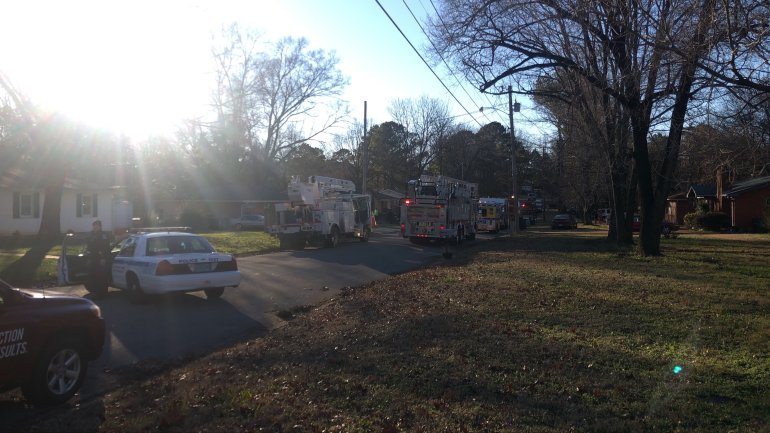 HUNTSVILLE, Ala. – Multiple crews were on the scene of a house fire on Roebuck Road in northwest Huntsville on Sunday afternoon.

Captain Frank McKenzie with Huntsville Fire & Rescue said authorities got the call at 2:45 p.m. and it took crews 15 to 20 minutes to get the fire under control.

Authorities said there was heavy smoke in the house and the fire was contained to one or two rooms.

There were no injuries, but one adult and three children have been displaced because of the fire, according to Captain McKenzie.

Authorities said the cause is currently unknown.

HUNTSVILLE, Ala.- The Huntsville City School Board is looking for a new Chief Schools Financial Officer (CSFO).

This isn’t the first or even the second time in the past thirteen months that the school system has had the position up for grabs. It's the third.

HUNTSVILLE, Ala - Booz Allen Hamilton employs more than 27,000 people across the globe, and they continue to search for Huntsville's best.

The Booz Allen Summer Games pins regional offices against each other in a 10-week STEM competition that centers around solving real-world problems for military and other top-level clients.

HUNTSVILLE, Ala. – Seven past members of the Alabama Crimson Tide will be signing autographs Saturday at Parkway Place Mall.

Tua Tagovailoa, Anfernee Jennings, Henry Ruggs III and Shyheim Carter from this year's most recent class all will be at the mall Saturday. They will be joined by former Alabama running backs Trent Richardson, Mark Ingram and Derrick Henry.