HUNTSVILLE, Ala. – Online dating has become a billion dollar industry. And with that comes a multitude of different experiences, marriage proposal, and people starting families, but there is a dark side too.

This week Huntsville police arrested a man, charging him with kidnapping and raping a woman he met on Facebook.

Nowadays finding Mr. Right might be as easy as clicking a button. But how do you know you’re not actually setting up a date with Mr. Wrong? Jennifer League lives in Huntsville. She says she learned the hard way that it can be difficult to tell the difference.

“He had nice eyes and I thought, well he looks kind of like he’d be trustworthy you know? Usually, you can tell by somebody’s eyes, but I might be a bad judge of character,” Jennifer League said.

She met a man who called himself “Mike Grasso” on the site Skout.

“He told me he worked for a pool company, and that he was a project manager, and that he made good money, and that he lived in this fancy part of Decatur. And it just sounded legit,” she explained.

They chatted for a couple of weeks using the app. She says they began texting and even talking on the phone. Then he asked if they could meet at her house.

“I thought well, my roommate is home. I have a big burly guy, so I felt like pretty confident we’d be safe,” she said.

But that didn’t offer the security she was hoping for.

The date lasted a few hours. They had a few drinks, as the night wore on, she recalls, she started feeling dizzy and sick to her stomach. When Jennifer woke up in the morning she couldn’t find her purse.

“And I was like I got to call the police, and I just opened the door, and the purse was just laying right here,” she said.

But the $600 her roommate had just given her for rent was gone, along with some of her credit cards, and an old phone.

“I’m disappointed, and I’m hurt, and you know kind of scared too.” She says she tried to call him, but he blocked her. And Jennifer is now questioning everything.

“I doubt his name is Mike. I doubt he’s a project manager. I doubt that he works at a pool company,” she said.

Huntsville police are looking for him. He is wanted for theft. 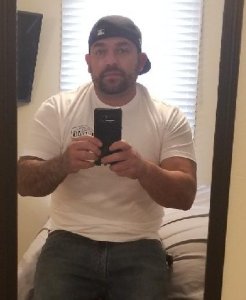 “It would be a felony theft. We could say also with the amount and how he did this…This is not the first time. He’s probably done this to somebody else,” Lieutenant Michael Johnson said.

Johnson says this isn’t the first time police have seen a case like this.

“Where some type of relationship is started online, some trust is built behind the keyboard, usually is how it starts and then the crime is committed.”

He says Huntsville police are beginning to see an increase in cases like this.

“We get a handful of these type of cases every year. It goes along with some of the sexual assault type cases we get,” he said. “Theft, identity theft, stealing of a vehicle, we’ve had several cases very similar to this.”

We all know not to believe everything you read on the internet. But people on dating apps might be fibbing more than you realize. In fact, according to statistics from Eharmony, 53 % of people lie on their dating profiles. That doesn’t mean everyone who lies is going to steal from you. Laura Slayton discovered the lies come in all shapes and sizes.

“Another guy showed up and he ended up being married,” Laura Slayton said. “I had one guy show up with his baby, speaking of, even after he said that he didn’t have any kids.”

She lives in Huntsville and has a baby of her own now with her husband she met on OKCupid 9 years ago. She says her husband was different than other guys she met online.

“He was super genuine and like and willing to be himself, and be vulnerable with me, and totally honest,” Slayton said.

But how do you actually know someone is being honest?

Jennifer League thought the man she was talking to was honest. Slayton says it was a matter of trusting her intuition. But experts from the North Alabama Better Business Bureau say that’s not enough.

“Trust, but verify.” – North Alabama BBB Executive Director Elizabeth Garcia says one way to tell someone truly is who they say they are is by doing a reverse Google search of their pictures.

“Find out if that particular image has been copied many times by many different people,” she explained.

If you find out that the picture has been used on other sites – best to stay away.

We can’t just do criminal background checks on people. But you can get close by searching a county jail’s roster. In Madison County go to jail view. Check the box for “released inmates only” and find out if your suitor has ever been on the other side of the law; if so, probably best to stay away.

Many dating sites recommend having your first meeting at a public place.

Skout also recommends to forgo consuming alcohol and make sure you don’t leave your belongings unattended.

These tips are actually why Jennifer League is sharing her story, to get this guy’s face out there and, “I’m hoping nobody else goes through this and that’s why I’m doing this as embarrassing as it is,” she said.

Despite what happened, Jennifer is going to continue her search for love online. Because she believes it will work – eventually.

WHNT News 19 reached out to several popular online dating sites to find out how they address predators targeting their customers. We reached out to many sites including Skout, Zoosk, Raya, and Tinder. Tinder was the only company that responded to our inquiry. A representative from the company released this statement:

“The safety of our members is a top priority, and we take the issue of fraud very seriously at Tinder. We have a zero-tolerance policy on predatory behavior of any kind.   We have a dedicated fraud team that utilizes a network of industry leading technology that scans for fraud and reviews each and every member profile for red flag language, and conducts manual reviews of suspicious profiles, activity, and user generated reports. Ultimately, no one, whether they met on Tinder or not, should ever send money to someone they haven’t met in person.  In addition, we encourage our members to report any individual who has requested financial information via our self reporting tool.   Those two steps will stop almost every scam in its tracks and help protect the next potential victim.  These scams are rare, but that doesn’t make them any less upsetting.”