HUNTSVILLE, Ala. – A man is out $4,500 after he was scammed by a person he thought was an employee at a Home Depot in Huntsville.

Police released this picture of who they believe is the suspect.

The victim was told by a friend that the store was having a “truckload sale.”

That friend gave the victim a number to call to get more information. Police believe that number put the victim in touch with the suspect. 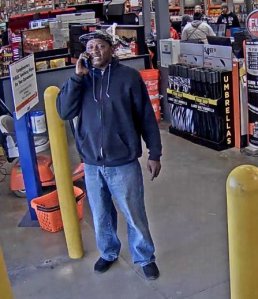 Above is a picture of the suspect who police believe greeted the customer near the door. He told the victim the store was only taking cash for these items.

Police can’t disclose what the victim bought, but they can say he gave the suspect his money and was told to pull around to the back of the store where he would receive his merchandise. When the victim got there the suspect was gone.

“We would like for the public, if they could, ID this individual and reach out to us as soon as possible before this gentleman victimizes anyone else,” said Lt. Michael Johnson from the Huntsville Police Department.

Police do not believe any employees were involved in this scam. Authorities do not know if the suspect is from the area.

HUNTSVILLE, Ala. - A major venue in Huntsville has announced its masking policy going forward.

HUNTSVILLE, Ala. - With a shortage of clean and safe drinking water impacting billions of people around the world, a research team at the University of Alabama Huntsville is pioneering a way to possibly revolutionize the way in which water pollution is detected.

The team is developing a one-of-a-kind system that could be part of solving the growing global issue of access to drinking water.

HUNTSVILLE, Ala. — Huntsville Hospital has launched its new site for people to sign up for their COVID-19 vaccinations.

Click here to visit the site and set up a time for a vaccination at the hospital's John Hunt Park clinic.