MADISON COUNTY, Ala. (WHNT) – A man charged with murder after police say he hit a man with a shovel has been sentenced to serve two years in prison.

Ernesto Yslas Lopez pleaded guilty to manslaughter. He was sentenced to a 10-year sentence — with two years in prison, and a year at a Bessemer inmate re-entry program known as The Foundry.

The remainder of the sentence will be suspended. 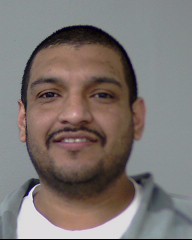 Huntsville Police investigators charged Lopez after they say he hit Roderick Oliver in the head with a shovel during a fight at a home on Jeri Street on January 23, 2013.

He was then transported and booked into the Madison County Jail.

HUNTSVILLE, Ala. - Local leaders met Saturday afternoon to give an update on Madison County's response to the COVID-19 pandemic.

20-year-old Joani Love Bryant was last seen Monday, March 23rd, around 7:00 p.m. Police say she has not had any contact with her family since.  Investigators say they don't know if foul play is involved.

HUNTSVILLE, Ala. -- Make-A-Wish Alabama is facing a record number of wishes waiting to be granted as a result of the recent need to postpone all wishes that involve travel due to the COVID-19 outbreak.

As more than 80% of wishes involve travel, 970 wishes nationwide and more than 20 wishes through Make-A-Wish Alabama were immediately impacted, with additional wishes being impacted every day.