Skip to content
This is an archived article and the information in the article may be outdated. Please look at the time stamp on the story to see when it was last updated.
MADISON COUNTY, Ala. – Circuit Judge Ruth Ann Hall has sentenced Lionel Francis to death in the capital murder case of his 20-month-old daughter. This is the first time someone has been sentenced to death in Madison County in more than a decade.

Francis is escorted back to jail. His attorney filed a motion to withdraw from the case and a notice of appeal was entered for Francis. @whnt pic.twitter.com/4Xs3KYkWEj

Lionel Francis was escorted to the courtroom from the Madison County Jail. It’s where he has been sitting since May 2016 after he shot his 20-month-old daughter Alexandria Francis in the head. The incident occurred at the family’s home on Lockwood Court. According to prosecutors, he committed the crime after a mild argument with the child’s mother about money. 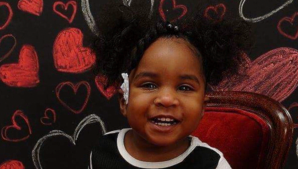 Francis was convicted of capital murder in May. The same jury that convicted him voted 11 to 1 to sentence him to death. “It’s not a happy situation. Justice doesn’t always make you feel good but this was justice,” said Tim Douthit, Madison County Assistant District Attorney. During the hearing, Douthit urged the judge to give Francis the harshest sentence. “I cannot think of anyone more deserving than somebody that executes another human being, let alone a child, let alone a toddler, let alone his own biological two-year-old. If you think that someone people just deserve death this is the guy,” Douthit said. Attorneys for Francis say they were not surprised by the judge’s ruling. 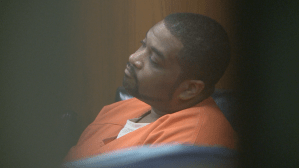 “I came in here expecting her not to override the jury’s recommendation of death and that’s exactly what happened,” said Bruce Gardner, defense attorney.

Even so, Gardner asked the judge for life without parole since the jury’s recommendation was not unanimous. “We think at some point in the future, and maybe it’s this case, that the jury is going to be required to be unanimous in recommending a death penalty,” he said. Francis appeared stoic in the courtroom. During the trial, he never testified. The judge asked if he had anything to say Thursday. His response was short, saying he planned to appeal. Defense attorney believes Francis has a strong case for appeal As part of the death penalty process, the prosecution presented Judge Ruth Ann Hall with several reasons why Lionel Francis should be handed the ultimate sentence. But the only formal aggravating factor — required to seek the death penalty – was his criminal history. But, the defense says the previous conviction the prosecution used in the case could save their client’s life. 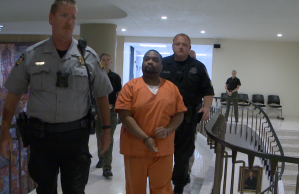 The aggravating factor was an assault charge Francis got in North Dakota.  To be a factor for the death penalty the prior conviction needed to be a felony, but there was confusion and a dispute over whether the North Dakota charge qualified. Francis’ attorney, Bruce Gardner says he views this as an opportunity to have a strong case for appeal. “A prior misdemeanor conviction in North Dakota, which the judge ruled could be treated as a felony under Alabama law, which gave them the aggravator they needed to get o the jury on the death issue, so we think that’s ripe for reversal,” Gardner said. Assistant Madison County District Attorney Tim Douthit defended treating the misdemeanor as a felony. “We don’t treat it the way North Dakota would treat it. We treat it the way Alabama would treat it. Otherwise, people from different states would be eligible for the death penalty that had committed the same conduct. So, the safest and fairest way to do it is to say if what you did was bad enough to be a felony here we’re going to treat it like it was a felony,” Douthit said. The jury’s recommendation for the death penalty was not unanimous. Gardner pointed out in court that Alabama is only one of two states that allows a non-unanimous jury for a death sentence. During the hearing, Francis told the court he plans to appeal. While Gardner filed a motion to be taken off the case, he believes there could be an initial decision on the appeal within a year. Alexandria’s mother testified during Francis’ trial in May The prosecution’s case included testimony from a state medical examiner who said the nature of the child’s wound indicated the gun was pressed tightly to her forehead before he pulled the trigger. The child’s mother, Ashley Ross testified she was changing her clothes, with her back to Francis and her daughter when she heard the shot fired. Ross’s testimony shook the courtroom at Francis’ trial, as prosecutors played her anguished 911 call pleading for medical attention.  The jury also heard her one phone conversation with Francis’ where she angrily dismissed his claims the shooting was an accident. The jury deliberated about three hours before convicting Francis.

HUNTSVILLE, Ala. — The city of Huntsville is asking for the public to share input on a new skatepark planned for John Hunt Park.

A live interactive broadcast is scheduled for April 20 at 6 p.m.

HUNTSVILLE, Ala. - The Neonatal Intensive Care Unit at Huntsville Hospital now has a NICView camera at every bedside, thanks to the funds raised during the 2020 Miracle Bash + Swim for Melissa.

The secure video stream cameras will allow families to see their little miracles from anywhere.

HUNTSVILLE, Ala. - As community leaders across Alabama are preparing to get their hands on another wave of federal assistance, Attorney General Steve Marshall is encouraging leaders to brush up on their knowledge of Alabama ethics laws.

Alabama is expecting more than 4 billion dollars from the American Rescue Plan. Cities and counties will get large pools of money without restrictions seen in previous relief packages.