Huntsville police say they started investigating the case in December 2017, when a victim’s parent alerted police that a photo was circulating.

Investigators said Jones uploaded media to a web-based service and then gave the password out for others to view that media. Police said they learned the photos spread rapidly to people in several different states through the web-based service. Police have contacted law enforcement in those states about their investigation.

“It is certainly not as sinister as is being portrayed,” Butler said.

Jones has been released from the Madison County Jail after posting $25,000 bond.

He’s the second person arrested in the investigation. 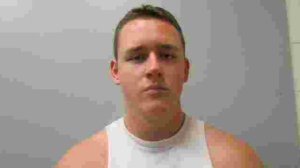 In May, police charged Justin Kennedy, 19, with three counts of dissemination of child pornography.

Police said they are still investigating.

We first told you about this year's Girl Scout cookie season last month as local troops picked up thousands of boxes of cookies from their distribution center.

Now, the news is even better - those cookies can finally be yours!

HUNTSVILLE, Ala. - Huntsville Police said Bryant Davis, 23, has been arrested and charged with murder after a late Friday stabbing at the Waffle House on University Drive.

HPD spokesman Lt. Jesse Sumlin confirmed that officers were called to the Waffle House for a "cutting call" around 10:20 Friday night.

Many businesses plan on keeping mask mandate after April 9

HUNTSVILLE, Ala. - There continues to be mixed reactions from business owners on Governor Kay Ivey's plan to eliminate Alabama's COVID-19 mask mandate after April 9th.

While some Huntsville businesses aren't going to require their employees or customers to wear masks after the mandate expires, many will still enforce their own mask rules.