During a news conference on Saturday, police said Billy Clardy III was the officer who was shot and killed. 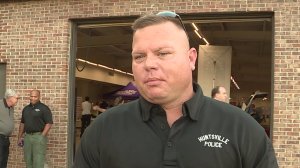 According to a Facebook post from Huntsville Police, STAC agents had set up a drug buy at a house on Levert Street. When officers arrived, Brown immediately shot Clardy, hitting him outside his bulletproof vest. Other officers on a perimeter captured Brown after a short foot chase.

Johnson confirmed the man had been arrested Friday night, was “well-known to the department,” but his name was not released.

Clardy was part of a group of officers who hung ornaments on the Fallen Officers’ Tree during the Tinsel Trial lighting ceremony on November 29. 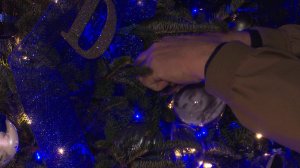 Viewers told WHNT News 19 Clardy and his family hung an ornament in honor of Clardy’s father, Billy Clardy, Jr., during the ceremony. He’s memorialized at the Huntsville Fallen Officer Memorial.

Clardy, Jr. was killed in a car crash at U.S. 72 and Old Gurley Road in May 1978 while on the way to meet another officer. Clardy, Jr. was 26 and had been with HPD for three years. 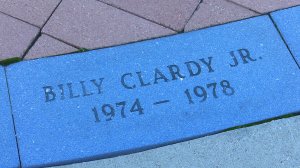 Clardy is survived by his wife, five children, two brothers, and his mother.

Clardy’s funeral will be Tuesday, December 10, at Mayfair Church of Christ located at 1095 Carl T Jones Drive. Public viewing will be from 12 p.m. until 2 p.m. with the service to follow.

The Madison Police Department tweeted on Sunday that they will cover Huntsville Police calls west of the Madison City limits on Tuesday to allow HPD officers to attend Clardy’s funeral services.

LAWRENCE COUNTY, Ala. — Two people were shot in the Chalybeate community of Lawrence County Monday night.

According to Lawrence County Coroner Scott Norwood, the shooting happened on County Road 296 in the Chalybeate community.

Skating in the Park to return for another year in Huntsville