HUNTSVILLE, Ala – Sunday marked one year since a Huntsville woman was murdered after she thought she was helping two strangers in need.

Tiffany Kelley is remembered for her kindness.

“She had a heart of gold. She could walk in the room and just light up the whole room,” said Kelley’s sister, Kimberly Ford.

“She would have given you the shirt off the back if it was the last thing that she had,” said Kelley’s sister, Kasey Creque.

Her sisters say she was just trying to be kind the day that she died. While making a quick stop at this Dollar General in south Huntsville Tiffany Dawn decided to help two strangers by giving them a ride. 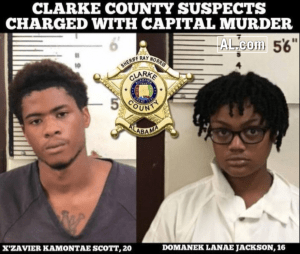 Law enforcement officials say 21-year-old X’Zavier Scott and 17-year-old Domanek Jackson approached Kelley at the store for a ride and she voluntarily gave them one.

Court documents say Scott and Jackson intentionally caused the death of Tiffany Kelley by stabbing her while they were in the course of stealing her automobile.

Scott and Jackson left Huntsville and were later found in Clarke County where they were arrested. They were extradited to Madison County,  where their cases will play out in court. They are both charged with capital murder. 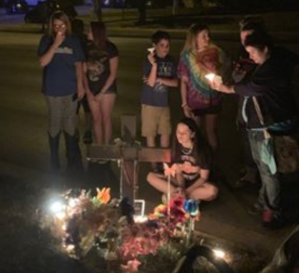 Sunday night Kelley’s family organized a vigil to honor her memory and raise awareness about violence.

“If you notice any kind of violence anywhere, just reach out to your local police department or anybody,” Ford said.

They also demand justice, justice they say they have been waiting for, for far too long.

“It’s hard. Because we just need the closure and the justice and just, it was like a second for them to take her life and this is taking years it’ll probably take longer,” Ford said.

A Madison County prosecutor tells WHNT News 19 both Scott and Jackson’s case are still pending and awaiting action by the grand jury.

Organizers said it's important to pause and honor his legacy.

Miracle Bash and Swim for Melissa are different this year

HUNTSVILLE, Ala. - The 15th annual Swim for Melissa and Miracle Bash are coming up in a few weeks. But because of COVID-19, things will be different this year. The events are major fundraisers each year for the Melissa George Neonatal Memorial Fund.

It was set up by Chris and Amy George after the death of their daughter shortly after her birth. Money from the events is used to buy equipment and support programs for the Regional Neonatal Intensive Care Unit at Huntsville Hospital for Women and Children.

"The last thing you want to do is take money out of the police agency that's trying to protect the public. The public wants protection. You want highly trained personnel to do that," said Lt. Michael Johnson.