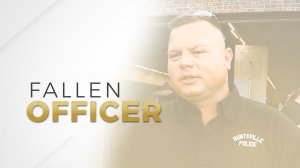 Ernest Brown, a chaplain for the Arab Police Department, also attended the vigil and said it’s important that law enforcement officers have someone to talk to when they need it.

“My role has been as a support to those men and women who serve in the department and their pressures are unbelievable,” said Ernest Brown.

He and his wife drove to Huntsville to support the hurting community.

“This gentleman was doing his job and lost his life and his family and children, it’s just overwhelming,” Brown added.

Since the news of Clardy’s passing thoughts and prayers have circulated. Brown said even when people stop sending condolences, there’s a light shining on the Clardy family that will never burn out.

“We want to say ‘I know how you feel,’ but we don’t know how they feel,” Brown explained. “But our father in heaven does and we believe that He is able to be a very present help to them.” 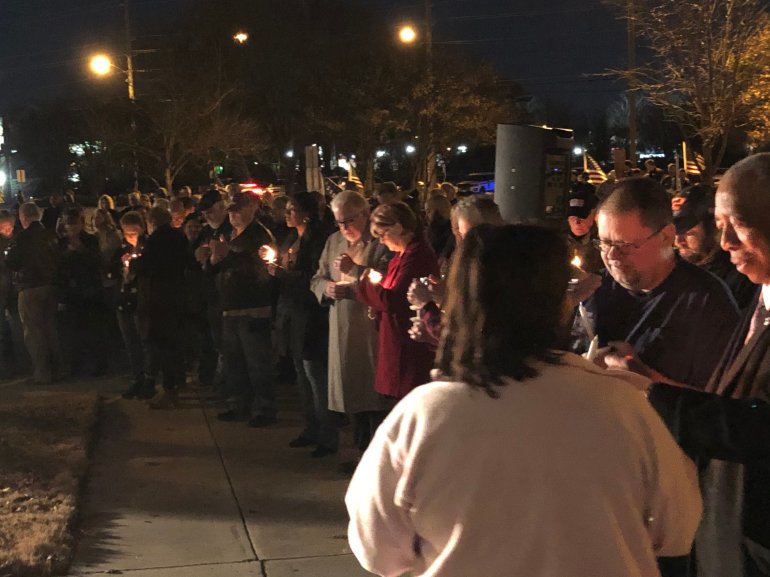 Officer Clardy was shot outside his bulletproof vest during a drug buy set up by strategic counterdrug team (STAC) agents at a house on Levert Street on Friday.

Those who worked with Clardy closely said he was a dedicated officer.

Clardy’s funeral will be Tuesday, December 10, at Mayfair Church of Christ located at 1095 Carl T Jones Drive. Public viewing will be from 12 p.m. until 2 p.m. with the service to follow.

The Madison Police Department tweeted on Sunday that they will cover Huntsville Police calls west of the Madison City limits on Tuesday to allow HPD officers to attend Clardy’s funeral services.

Murdaugh mystery: Alex Murdaugh to turn himself in on insurance fraud charge

HAMPTON COUNTY, S.C. (NewsNation Now) — A prominent South Carolina lawyer who found the bodies of his wife and son three months ago and tried to arrange his own death earlier this month will turn himself in to law enforcement on Thursday, his attorneys say.

According to Alex Murdaugh’s attorney, Jim Griffin, a warrant was issued Wednesday for Murdaugh’s arrest on a charge of conspiracy to commit insurance fraud.

HUNTSVILLE, Ala. — On Thursday, September 16, Trustmark will partner with Shred-It to offer free and secure document destruction at their Huntsville location.

LAWRENCE COUNTY, Ala. - The Lawrence County Sheriff's Office is asking for the public's help in finding a man who's been missing since July.