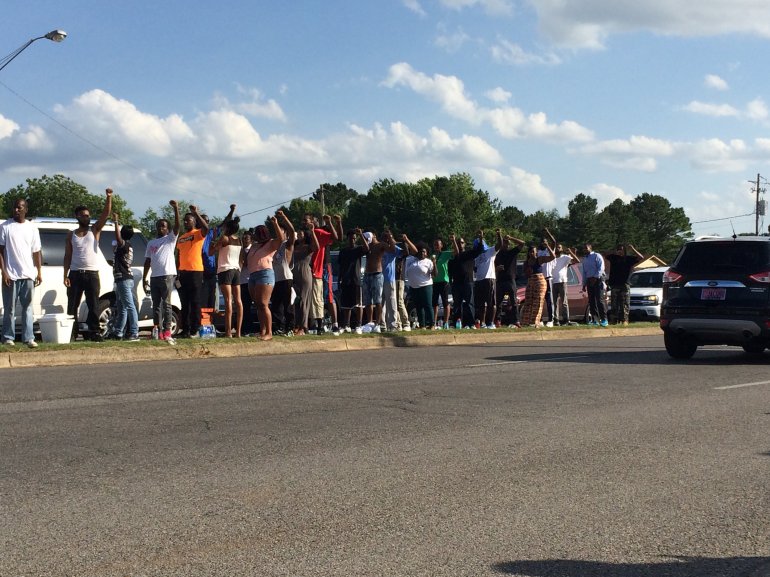 HUNTSVILLE, Ala. – What started as one man on the streets of Huntsville raising awareness for #BlackLivesMatter turned into an impromptu protest as word spread through social media and more joined him.

A group spokesperson told us the protest was not focused on one specific shooting, but on the injustice against African-American men in the country.

The impromptu protest started around 11 a.m. and ended voluntarily around 5:45 p.m. when a minor traffic accident occurred. No one was injured in the accident, but the group decided in the interest of safety to disperse and meet up later for a discussion about the future.

We understand that conversation continued at Alabama A&M at the wellness center, and the public was invited to attend.

Huntsville Police were on the scene and even stood with the protesters for a short time.

HUNTSVILLE, Ala - Several business owners say with each public health order, their customer base has shrunk, week after week.

Howard Brock, the owner of Lucky Dice Cafe says he supports the stay at home order. However, he's been forced to lay his employees off and greatly scale back the cafe's hours.

HUNTSVILLE, Ala. -- Bloom is making and selling Easter baskets to help their closed business make a small profit, and protect the community from long lines at big box stores.

With Easter around the corner, families might be looking to celebrate with Easter baskets to give a bit of normalcy to this unusual time.

HUNTSVILLE, Ala. — The canceling or postponing of dance recitals and dance competitions have hit the dance industry pretty hard. Because of the lack of dance wear purchases, local dance wear shops are feeling it, too.

"It's tough,” said Bloom owner, Patty Miller. “It has been scary. The dance industry has come to an abrupt halt. "

One more round of severe storms overnight