HUNTSVILLE, Ala. – An 18-month investigation by local, state, and federal law enforcement aimed at combatting illegal drug trafficking in Madison and Morgan counties, lead to the arrest of one person and arrest warrants for another 3. 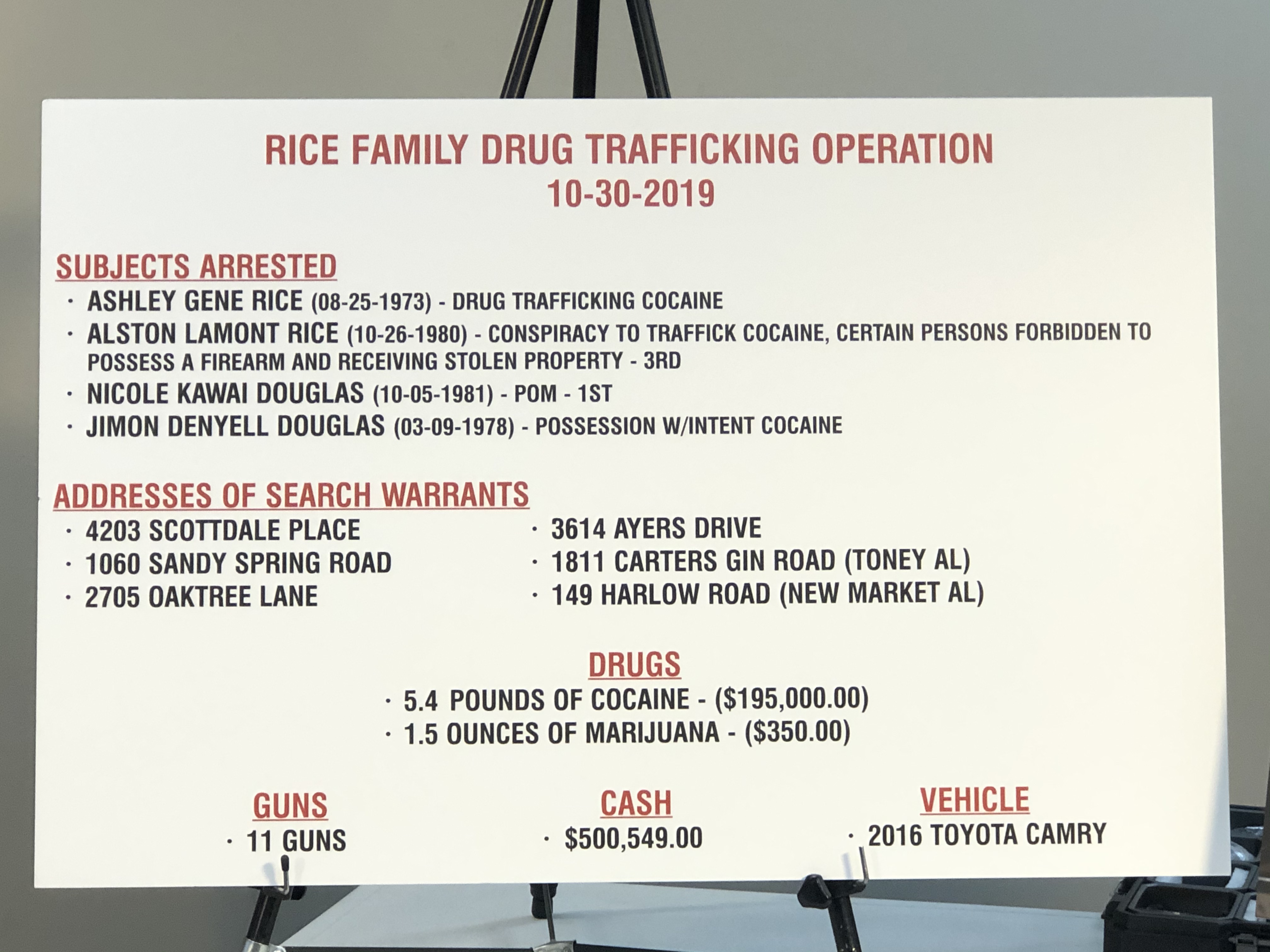 Seven search warrants were executed in the Huntsville, New Market, and Toney areas. 5.4 pounds of cocaine, 1.4 ounces of marijuana, 11 guns, more than $500,000 in cash, and a car were found and taken.

“Probably one of the largest drug trafficking organizations in this area,” said Lieutenant Tony McElyea from the Huntsville Police Department. 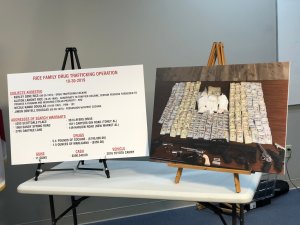 “It’s very significant because once you take somebody at that level, obviously that filters down and it reduces the number of narcotics filtered down to the streets in smaller amounts,” said McElyea.

Ashley Gene Rice was arrested and charged with trafficking cocaine. 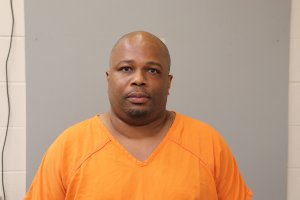 A warrant is out for the arrest of his brother Alston Lamont Rice, for conspiracy to traffic cocaine, certain persons forbidden to possess a firearm and receiving stolen property.

“Once you fill a void, once there’s a void in this level of drug trafficking organization, somebody tries to fill that void,” said McElyea. “It’s our job as drug investigators and my guy’s job to identify that individual and  begin an investigation on that individual so that we turn out with the same result as we have here today.” 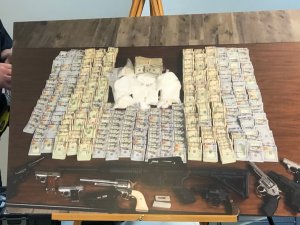 Lieutenant McElyea said right now the charges are on a state level and those involved could face life in prison without the possibility of parole.

Authorities made it clear that their job isn’t done and STAC and the FBI Safe Street Task Force will still work vigilantly to combat drug trafficking in North Alabama.