Skip to content
Breaking News
Breaking News
President Trump’s COVID-19 Task Force to hold Tuesday briefing
Watch Live
Watch Live
WHNT News 19 at 6:00
This is an archived article and the information in the article may be outdated. Please look at the time stamp on the story to see when it was last updated.

MADISON COUNTY, Ala - Five skimmer devices were discovered at the Marathon at the corner of Hwy 72 and Slaughter Road this week.

Madison County Sheriff's Office investigators say the devices work by Bluetooth and they're not sure how long they've been there.

Authorities have suggested people pull on card readers at gas stations to check if a skimmer is on the machine for years.

"They will usually replicate whatever that card reader looks like, the outside of it. And they will place their device in the magnetic strip on the card, where that goes," Cody Locke with the Madison County Sheriff's Office said. 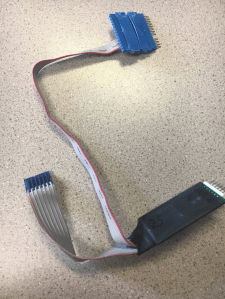 "It's crazy and I'm a former cop, so it's more frustrating because you want to catch the guy," Property owner J Spencer said.

When the technician stopped to help a customer at the pump,  he inspected the card reader, and that's when he found the Bluetooth skimmer.

"And it transmits through Bluetooth so they could pull up in the parking lot dial into them, download the data," Spencer explained.

There are ways to tell the card reader has been tampered with, check the safety seal and make sure it isn't torn.

"If that sticker has been altered in any way, or if there is one missing entirely, they should avoid that gas pump," Locke said.

The owner of the Marathon gas station is commenting on Bluetooth skimmers being found at his station. He says it's frustrating. A technician found the skimmer when he was inspecting the machines. pic.twitter.com/sPpzn2HP0Z

Some scammers will replicate the sticker. It should have certain features.

"It will have the brand of the gas station on it, but it should have a serial number like this and some other identifying factor," Spencer said.

There are card readers made that can actually thwart these kinds of scammers. The Marathon property owner says those new card readers will be installed here at each one of his pumps by July 9th.

Officials from the Madison County Sheriff's Office are asking people who bought gas at Marathon within the past two months to check their bank statements for fraudulent purchases.

HUNTSVILLE, Ala. - If you're missing a spring 5K it's time to lace up your tennis shoes!

HUNTSVILLE, Ala. -- Business leaders throughout Huntsville have started the #QuaranTEAM campaign to raise money to help local hospitality and retail workers.

The fundraiser features custom-created shirts. Created by Scout Guide Huntsville Assistant Editor, Sabrina Simōn, the shirt features “LIVE.LOCAL.HUNTSVILLE” slogan and design in various styles for men and women. In only a few days since the kickoff, around 450 t-shirts have been sold.