So far, three flu-related deaths have been confirmed in the state.

“One in 11 people visiting the doctor will have flu or flu-like symptoms. That means it’s pretty widespread, so you as citizens, you should take it seriously,” said Dr. Burnestine Taylor, assistant state health officer of communicable disease at the Alabama Department of Public Health.

Local residents Michael and Carolyn Schieber said that when it comes to the flu, they aren’t taking any chances.

Both of the Schiebers said they are concerned about getting the flu at their age. Doctors say people over 65 years old are more likely to get the flu.

Taylor said the ADPH is seeing B strain flu show up early this year, which is considered highly contagious.

“If you’re ill, stay home, don’t go to school, have 24 hours of fever without using anti-fever medication,” Taylor said. “In some cases, you can get an anti-flu medication and it will shorten the course of your flu.”

Doctors say it is not too late to get a flu shot and flu season typically lasts until March.

This map shows the areas in the state that are dealing with significant flu-related activity. 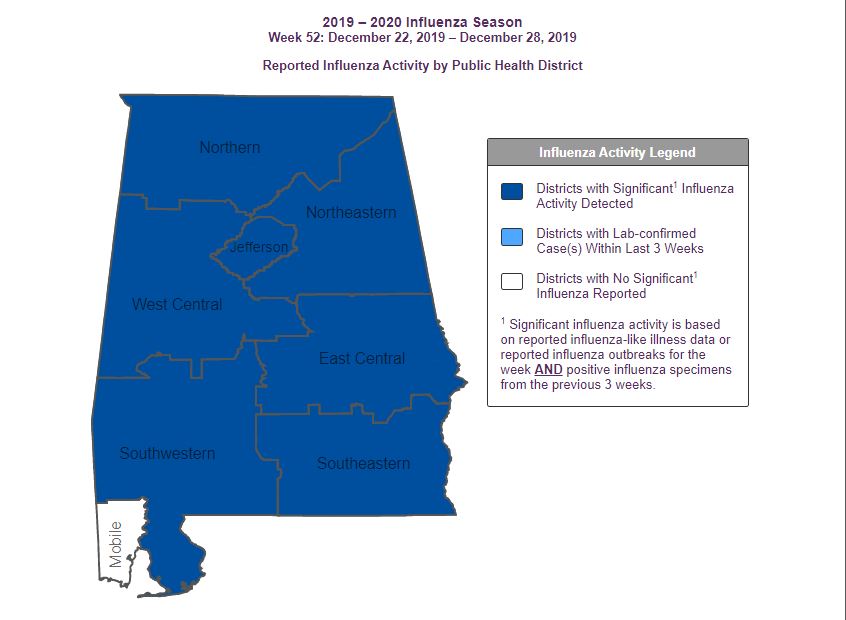