STUART, Fla. (AP) — A forensic psychologist says a former college student believed he was “half-dog, half-man” when he fatally attacked a man and woman at their home and was found biting one of their faces. 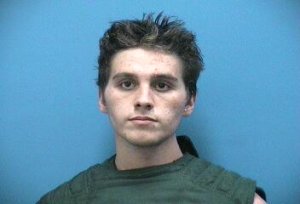 The Palm Beach Post reports Dr. Phillip Resnick made the conclusion in a 38-page mental-health report released this week by the Martin County State Attorney’s Office.

Resnick’s report says the fact that Harrouff persisted in biting Stevens “in the presence of police officers, in spite of threats of being shot, being tased and receiving multiple kicks to the head, suggests that Mr. Harrouff was actively psychotic.”

Harrouff’s attorneys are preparing an insanity defense for the Nov. 4 trial.

SAN FRANCISCO (AP) — Since the coronavirus pandemic began keeping visitors at home, the jaguars and chimpanzees at the Oakland Zoo have enjoyed the quiet, venturing out to areas of their exhibits they usually avoid.

The bears and petting pigs miss the children, though, and are seeking more attention from zookeepers.

The resolution was passed Wednesday at a special board meeting. The change to Honors Hall is due in part to the fact that the building houses the Honors College at UA. The name is temporary.

WASHINGTON (Nexstar) -- Sara Gard said she relied on the extra $600 a week in federal unemployment benefits to pay for her family's housing, food and medical insurance. Now, that benefit has expired.

"In April I was furloughed a long with most of my colleagues," Gard said. "We have to fully rethink the way that we have budgeted our lives and it puts a lot of things on the table as things that we may lose because we can't afford them."