FLORENCE, Ala. – Florence Police say they arrested two different men within an hour on domestic charges on March 14th. 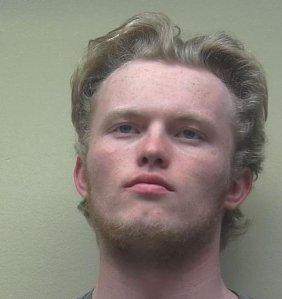 Police arrested the first man who they say choked out his girlfriend while she was holding her child.

James D. Offutt was arrested around 4:00 p.m. on March 14th on Cox Creek Parkway, according to police. Police say Offutt had an argument with his girlfriend in her apartment on Helton Drive. The argument turned physical after Offutt pushed the woman and choked her to the point she had bruises and marks on her neck while she was holding her child, according to police.

Offutt is in the Lauderdale County Detention Center. His bond is $9,000.00, according to the report.

Police say the second man was arrested around 5:00 p.m. 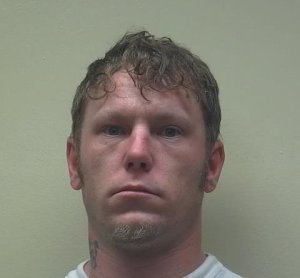 Florence police arrested Rodney L. Smith in the 400 Block of N. Oneal Street on March 14th. Police say Smith was involved in an argument with his girlfriend and when she came to the house he put her in a chokehold and knocked her to the ground. Smith continued to choke her until another person called the police, according to the report.

When police arrived, they said Smith had left the house but was stopped close by.

Smith was arrested after police say they talked to the victim.

Smith is in the Lauderdale County Detention Center with a $5,000.00 bond, according to police.

Domestic violence by strangulation or suffocation is a Class B Felony.

HUNTSVILLE, Ala. - A man is dead and a woman has been charged with murder following a domestic altercation Saturday evening.

MADISON, Ala. - Alabama's mask mandate may be over, but a number of businesses are not quite ready to pull the plug on their own rules.

"When we saw the sign I was really delighted to see that." said one customer.

Fleet Feet's newest franchise in Madison decided to go with a mask policy after their grand opening on Friday.

Co-owner Dink Taylor, who also operates another store in Huntsville, said he still felt the store had an obligation to keep his employees safe. Everyone who enters the running store is expected to check in, mask up, and apply hand sanitizer.

"I don't like them too much. I got one lung and it's hard for me to breathe," Reese added.

Like masks or not, Taylor said most customers who have come in so far have embraced Reese's attitude, and happy to comply.

The group charged $20 per motorcycle to join them on their 65-mile ride beginning and ending at Redstone Harley Davidson in Madison.

From gift cards to cash: these fitness apps pay you to get in shape