Last month, in a letter to the high school, the TSSAA granted playing eligibility to a transfer student-athlete. The letter reads:

“Based on the information obtained by our office, TSSAA can confirm that the family has had a bona fide change of address into the Fayetteville High School zone. As a result, the information submitted by the administration deems the student eligible to participate in athletics at the varsity level.”

View the TSSAA letter in its entirety here:

“We have always tried to and will continue to try to do what’s right in regard to compliance, rules, and regulations,” said Principal Adam McCormick. “This is an unfortunate situation that’s happened.” 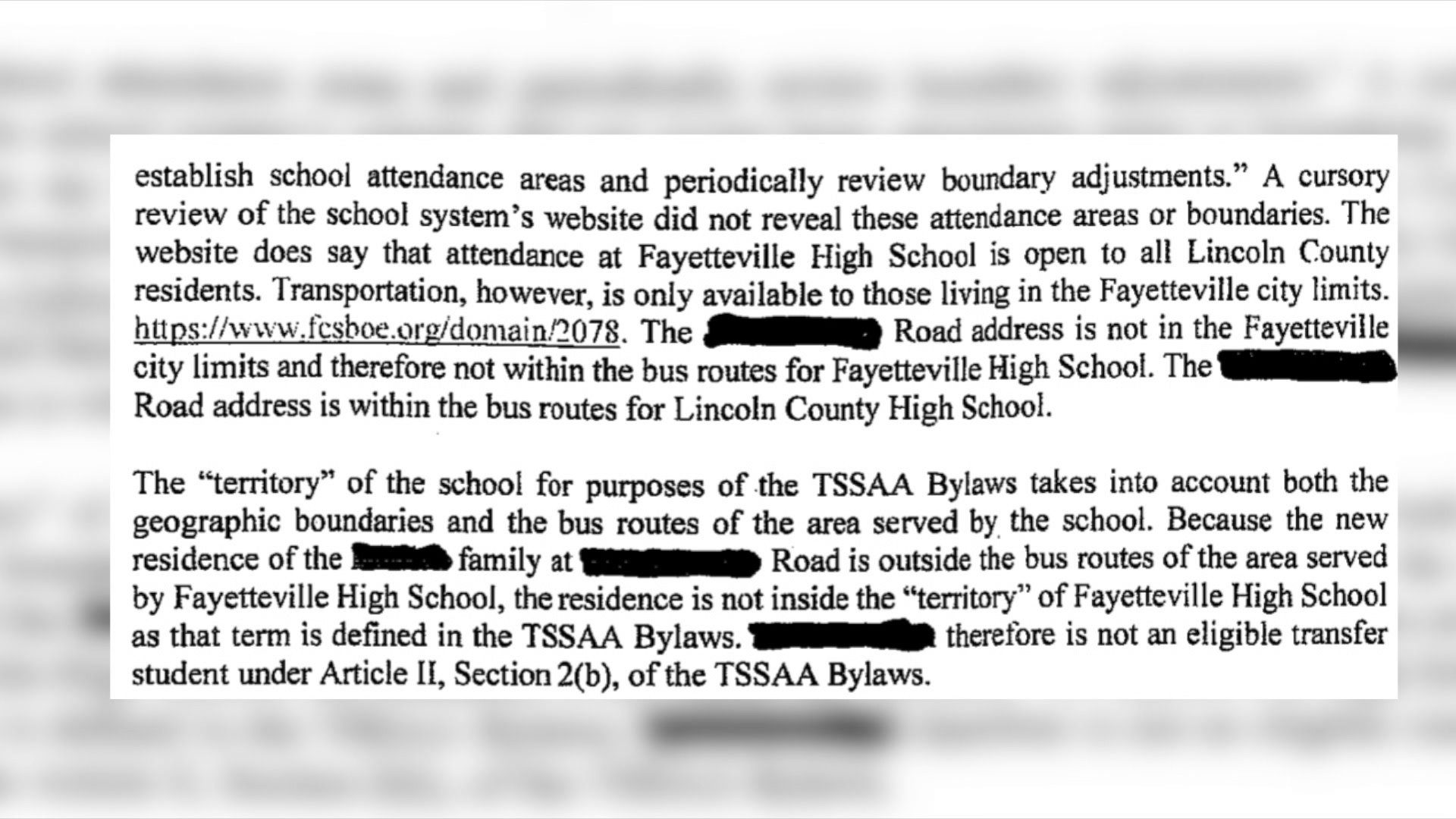 This month that student was deemed ineligible by the TSSAA  and Fayettville high was punished with a $6oo fine and a 6 game forfeit – pushing them out of the playoffs.

“Well it has been stressful but one thing that I can really say about our kids that they have really pulled together,” said McCormick.

The Tigers step onto the field this Friday, undefeated and with the judges most recent ruling they are eligible for the playoffs.

“This is a strain on the team obviously we’ve gone through many hardships this season.”

The Tigers lost a teammate earlier this month. Tate Tuten was killed in a car crash on October 5. The team said they plan to take Tate’s #12 road jersey with them for the rest of the year. They started social media accounts in the hopes of going all the way to State for Tate.

Sandy Holdmeyer, Mother of a Tiger Football player, said football is more than just a game to these boys.

“It was a long weekend, it was a very long stressful weekend,” said Holdmeyer. “Like I’ve told my son and like I’ve told several of the boys that we’re close too, it doesn’t matter what they strip of us you’re number one in our eyes.”

Both sides are set to make their case in court on November 13, five days after the first playoff game.

Trump is considering such a measure to prevent people from bringing the virus from abroad, The New York Times reported this week, citing access to a draft of the proposed regulation.

WASHINGTON, D.C. (NEXSTAR) -- All across the country, public transit systems continue to see few, if any, riders because of the pandemic.

But even as many trains and buses remain largely empty, the U.S. Department of Transportation is doling out money to help cities invest in public transportation.

Debbie Mathis is a real estate agent in north Alabama. She is one of the people challenging the mask order.