JEFFERSON COUNTY, Ala. - A Morgan County Jail escapee and a teenage girl from Moulton were taken into custody after a chase in Hoover Monday morning. 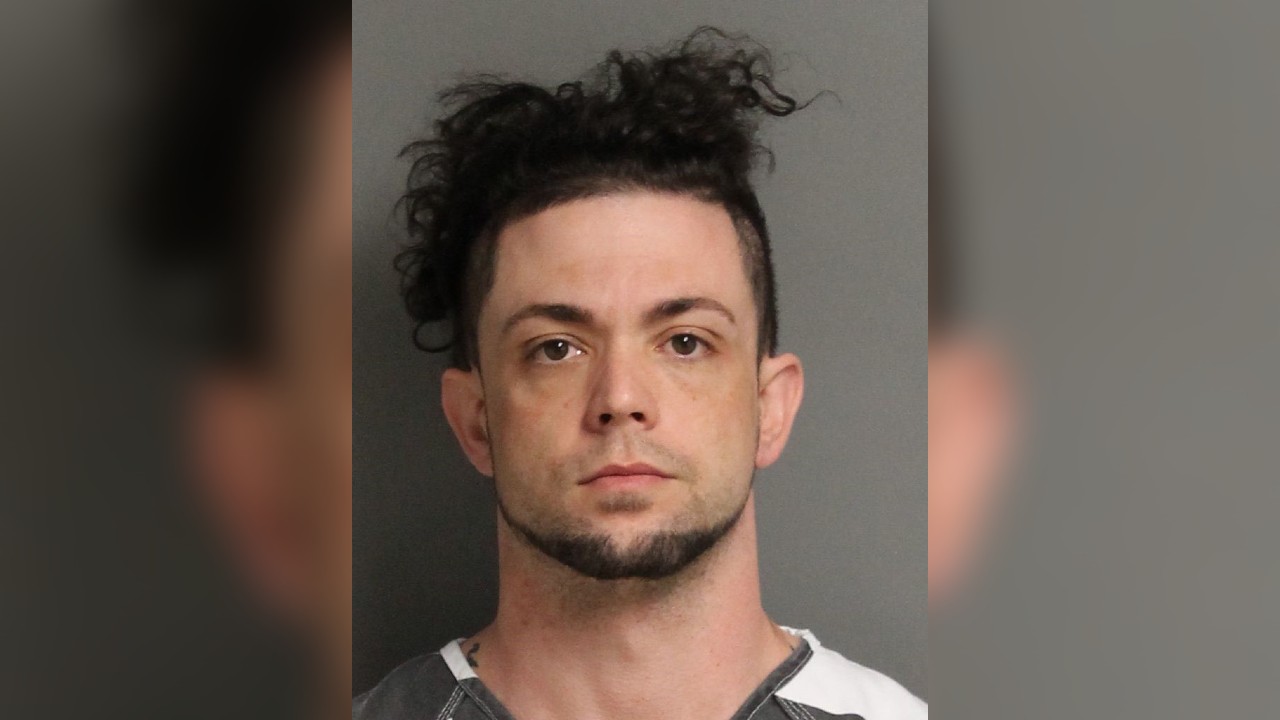 Police said an officer spotted a suspicious vehicle with Gillespie and the girl in a Hampton Inn parking lot around 5 a.m. While the officer was talking with him,  Gillespie took off at a high rate of speed, police said. Gillespie refused to stop for officers on John Hawkins Parkway, they said, and he led them in a pursuit onto Interstate 459 south.

Gillespie crashed his vehicle trying to get off at Exit 1 on I-459, police said, and he and the girl ran. The girl was caught after a brief foot chase.

Police said they sent up a drone to look for Gillespie and found him trying to get into an unlocked car behind an industrial building. Bessemer police and Jefferson County deputies took him into custody.

Gillespie escaped from the Morgan County Jail Oct. 27. Authorities said he is a registered sex offender and has a history of evading law enforcement.

Gillespie was released from the Hoover City Jail and taken back to Morgan County Monday afternoon.

Escaped Inmate John Kaleb Gillespie has been returned to the Morgan County Jail. He faces additional charges in relation to his escape. The investigation into the escape and his time on the run continues with additional arrests possible. pic.twitter.com/HvA3PYhWQn

The girl's case was turned over to Jefferson County Family Court.

The Morgan County Sheriff's Office said it is still investigating Gillespie's escape, and more arrests are possible. He also faces additional charges in relation to his escape, authorities said.

Also known as Passion Sunday, the day recounts the biblical story of Jesus' triumphant arrival in Jerusalem before his crucifixion, with palm leaves and clothing laid in his path. It comes on the last Sunday of Lent and first day of Holy Week.

(CNN) -- Federal officials on Friday ordered airlines to reimburse customers for canceled flights, saying a growing number of passengers are complaining amid the coronavirus pandemic that airlines are providing travel credits rather than refunds.

The US Department of Transportation did not say how many claims it has substantiated, but it did direct carriers in an enforcement notice "that passengers should be refunded promptly when their scheduled flights are cancelled or significantly delayed."

BBB is receiving several reports from seniors reporting that they are receiving text messages from scammers posing as the U.S. Department of Health, about taking a mandatory online COVID-19 test in order to receive the recently approved stimulus payment. Others are receiving emails stating they qualify for a payment and to click on a link to claim a check. During this time of uncertainty, it is the ideal time for a scammer to prey on fear. The bottom-line is don’t respond to a text, email or phone call from a sender that is unfamiliar, even if it looks official or from a respected agency.

These schemes often manifest as someone impersonating a respected agency or government entity, like the Social Security Administration or police, insisting a potential victim act immediately or face consequences. In fact, a research report released by the Better Business Bureau, FINRA Investor Education Foundation, and the Stanford Center on Longevity found that the top reason people said they lose money was because the scammer “seemed official.”