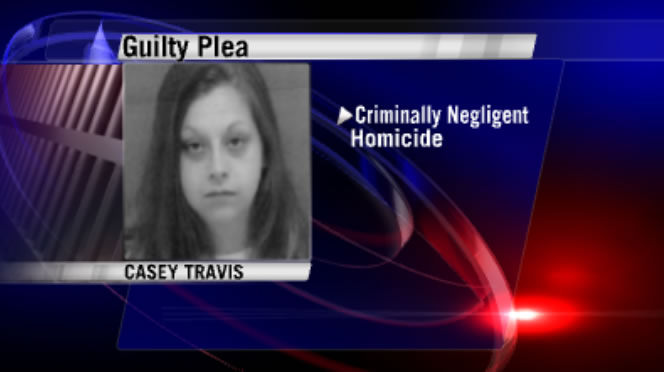 MORGAN COUNTY, Ala. (WHNT) – A woman charged with murder made a surprise guilty plea Monday, just as her trial was about to start.

Casey Travis pleaded guilty to criminally negligent homicide in the 2009 death of her 3-year-old son, Jayden.

Her trial had been set to start this morning, however, she announced her intent to plead guilty.

She will serve one year in jail and two years probation.

Travis had been accused of waiting 13 hours to get her son treatment after he had ingested dangerous chemicals.  The boy ingested a drug called suboxone.

The father believes the child could have been saved if the boy had been taken to the hospital immediately.

The family says they are not satisfied with the sentence, however, they say they do have some closure from the mother admitting guilt.

MORGAN COUNTY, Ala. - The Morgan County Courthouse will be open for absentee voting Saturday.

The Morgan County Circuit Clerk's Office will be open from 10 a.m.-2 p.m. for voters to apply for an absentee ballot and vote absentee in-person, or return an application mailed to them and vote in the office.

DECATUR, Ala. - A free COVID-19 testing site will be available in Decatur next week.

The site will be located at St. James Cumberland Presbyterian Church in Decatur on Thursday, October 29. Community members are welcome to stop by for a free test between 9 a.m. and 1 p.m.

DECATUR, Ala. — A Decatur man wanted for more than two dozen misdemeanor charges including reckless driving and fleeing police is finally in custody, police said Thursday.

Harold Crawford, 20, was arrested Wednesday after a brief foot chase with Decatur police.