As of Thursday, the Morgan County Jail houses over 600 people. The jail is supervised by cameras and jail staff 24 hours a day, but it’s hard to see everything.

“What you have to understand is that there is not one person watching every inmate every second, we wish it could be that way," said Mike Swafford, spokesperson for the Morgan County Sheriff's Office. "In an area that’s never had an escape happen before they were just on a video monitor.”

On October 27,  John Kaleb Gillespie was the first person to escape from the jail. With help from another inmate, he climbed a wall in the recreation area. 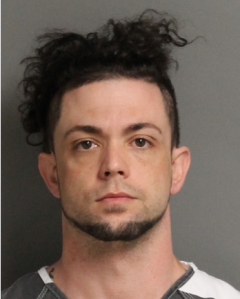 “For us, one is too many anytime," said Swafford.

The sheriff’s office is exploring options with outside vendors to make changes to the area where it happened, making sure that Gillespie is the one and the only inmate to ever escape from the jail.

“Most of the options involve adding additional security to the existing structure, with this wall you could put a covering over the open recreation area that secures it, or we could extend it higher with some fencing of some sort," said Swafford.

Swafford said the money for these changes will come from the Morgan County Commission.

"We immediately looked into how it happened so that we can understand everything that went into it and then from there how we prevent it," he said.

The video cameras captured the whole escape, but Swafford said they still need to add more. "Because there’s video footage, we know from the moment that it began, once they entered that area where it all took place," said Swafford.

According to Swafford the investigation is still in the hands of the sheriff’s office, but will soon be with the District Attorney's Office.

In the meantime, the jail is being secured to better monitor it.

Gillespie is a registered sex offender and was captured with a 16-year-old girl after a police chase in Hoover, Alabama. He is now in state prison.

HARTSELLE, Ala. - There are many people who are being bright spots in our community.

In Hartselle, Wayne Jones started making soup, cornbread, and banana bread for those who are shut-in during the COVID-19 outbreak.

DECATUR, Ala. - Representatives from Decatur Police, Fire and Rescue, and Utilities gathered Friday to update the community on their response to COVID-19. Decatur Police Chief Nate Allen spoke on their response to large gatherings, Decatur Fire and Rescue Division Chief Tracy Thornton updated us on new practices, and Decatur Utilities representative Ray Harden spoke about a halt in disconnections.

Chief Nate Allen says his department is responding to calls about large gathers. They want to be alerted when there is a group not practicing social distancing. Allen says they will first give a verbal warning to break up the gathering and if that doesn't work, they will issue a citation.

Decatur man charged with shooting into a home

DECATUR, Ala. - A Decatur man was arrested on suspicion of shooting into a home on Tuesday.

Decatur Police went to the 1800 block of O'Rorke Lane SW about a shooting investigation on March 31.