DECATUR, Ala. -- The Decatur City School Board has selected a new superintendent.  Board members voted 4 to 1 in favor of Stephen "Michael" Douglas of the Oneonta City School District.

The board held the vote at 7 a.m.  The selection is pending a contract agreement.  Board members they would pay a new superintendent up to $200,000.

Boardmember Michele Gray King voted in opposition to hiring Douglas. Board President Karen Duke tells WHNT News 19 that Douglas said Friday that he would be able to start in two weeks.

The district was in need of a new leader after Dan Brigman abruptly resigned after ten months at the helm, and named former Guntersville superintendent Dale Edwards as the interim.

The board named five finalists at a regularly scheduled meeting on June 12 and began conducting interviews the following week.

The search was narrowed to two last week, after a round of phone interviews. The other superintendent finalist, Chresal Threadgill of Elba City Schools, withdrew his application over the weekend.

Here is the text of Mr. Threadgill's letter: 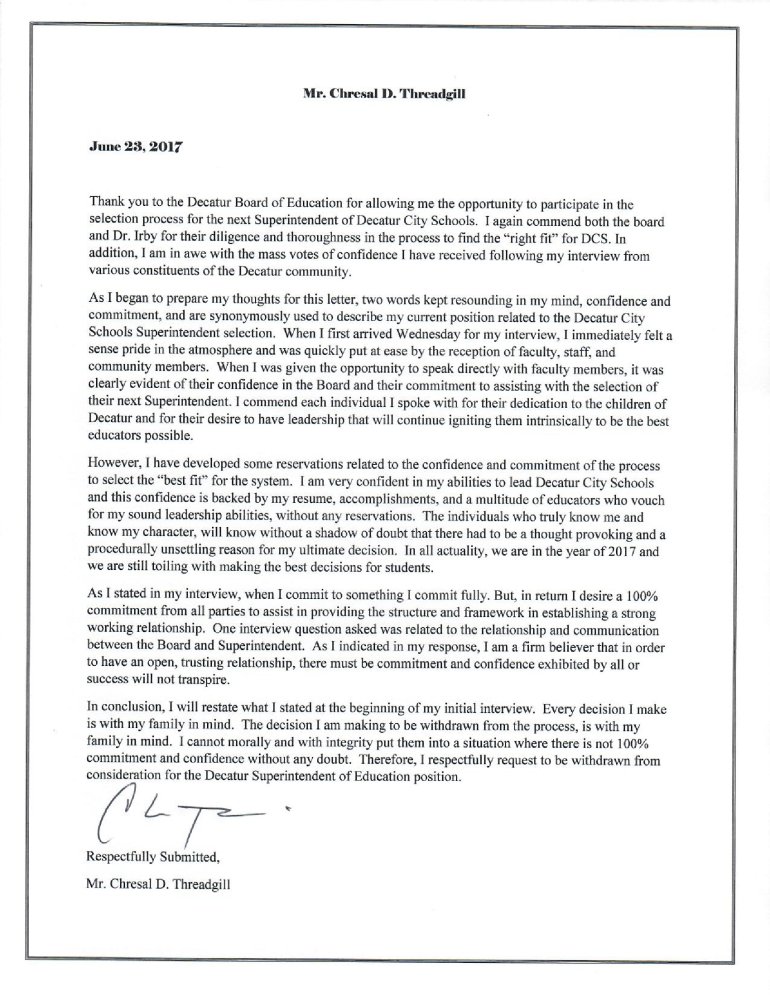 Get to Know Michael Douglas:

Decatur’s Concerts by the River postponed until July

DECATUR, Ala. - Due to the COVID-19 pandemic, the City of Decatur has postponed Concerts by the River.

The concert series was originally scheduled to begin in June. In an effort to prevent the spread of the virus, city officials pushed the series to July.

DECATUR, Ala. - A Decatur man has been charged in connection with multiple motorcycle thefts across the Valley.

Decatur Police say a Morgan County resident reported a bike stolen in February and another was taken from a home in Athens in March.

DECATUR, Ala. - Decatur City Schools officials confirm that one of the students that graduated from Austin High School on May 21, has tested positive for COVID-19.