DECATUR, Ala. - The Decatur Police Department says over the past several weeks they've found people knowingly and unknowingly try to purchase items with counterfeit, or replica money.

With counterfeit money, it's not as obviously fake. Replica money says on the bill that it's a replica, or not legal tender.

Lately the Decatur Police Department has had a lot of counterfeit and replica cases.

Detective Michael Ferguson says this money is easy to find, and in the past several weeks they've found thousands of dollars worth of replica money.

"It could be readily purchased online from multiple different places, it's used for motion pictures, people to play with, they shoot music videos with it," said Det. Ferguson.

Ferguson says a lot of people will get this money accidentally, but if you look at your cash you can normally tell if it's replica money. 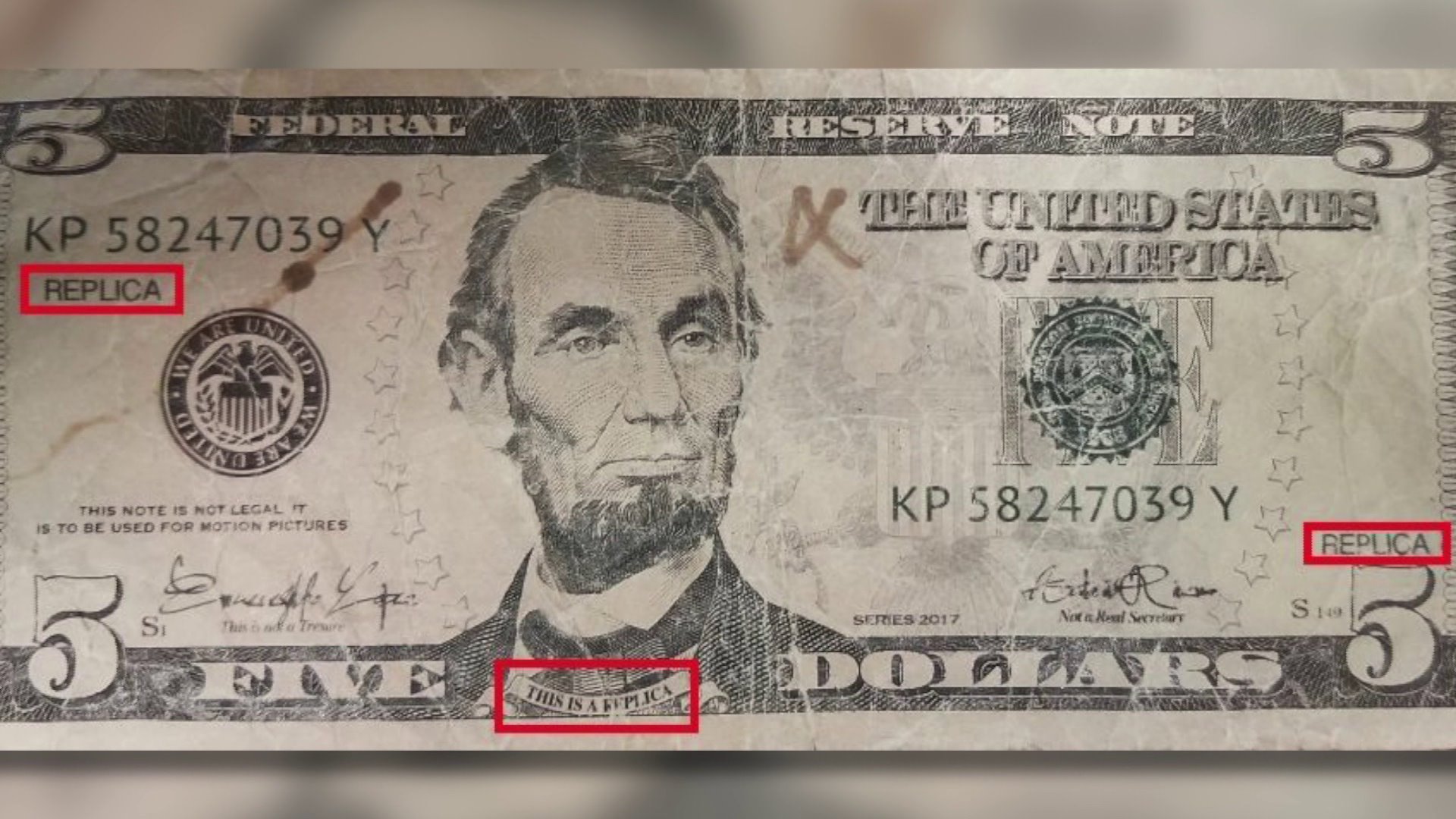 "They're clearly marked it says 'this is a replica; this is not legal tender; for motion picture uses only' and things like that," said Det. Ferguson.

He explains that you can accidentally be given counterfeit or replica money anywhere you can use cash.

But there are a few ways you can check your cash.

"Pay attention to the money that you're given whether it be by a U.V. light detector to check it's authenticity or even counterfeit pens," says Ferguson.

Decatur Police Department prefers to use the ultraviolet light detector if the bill isn't marked.

Ferguson says some counterfeit bills can pass the counterfeit pen test, so it's safest to use ultraviolet light detectors.

He says the U.V. light detectors are also easy to find and won't break the bank.

"They can be purchased online. They're very inexpensive, they're about 12 or 13 dollars," said Ferguson.

If you notice any counterfeit or replica money or receive any from a store, Ferguson asks that you call to report it at (256) 341-4600.

DECATUR, Ala. – An environmental watchdog group says it has found a site in Decatur containing "alarming" levels of hazardous chemicals.

Tennessee Riverkeeper said Wednesday it had found significant amounts of perflouroalkyl substances at what appeared to be a former dump site near San Souci Cave Road.

DECATUR, Ala. - Heavy rains this month have caused wastewater to overflow from manholes throughout the City of Decatur. Last week, WHNT tallied the initial total that was reported by Decatur Utilities. It was 4 million gallons.

The latest figures are in and the amount is much higher than that. There have been 20 million gallons of sewer water overflows in the city just this month. Every time wastewater overflows from manholes in Decatur, Decatur Utilities has to report it to the Alabama Department of Environmental Management.

MORGAN COUNTY, Ala. - The Morgan County Sheriff's Office is looking for a man following a car chase on a highway.

Jeffrey Wayne Kent, 44, is wanted on multiple warrants and the Sheriff's Office said he ran away after a police chase.