CULLMAN COUNTY, Ala. – Eggs from an Alabama farm are under recall after multiple people became sick after a catered event. The Alabama Department of Health and the Alabama Department of Agriculture and Industries are investigating the outbreak of gastrointestinal illness and have tied it to Gravel Ridge Farms in Cullman County.

Investigators believe the people who got sick ate undercooked food made with the eggs. Two people have been diagnosed with Salmonella Enteritidis infection. Most of those affected have recovered fully.

Salmonellosis, caused by the bacteria Salmonella, is a common foodborne pathogen. It is contracted by eating raw or undercooked eggs, poultry, milk products, and meat.

The ADPH says the symptoms include diarrhea, fever, vomiting, and abdominal cramps that can last for several days. Those at risk of severe illness include children under the age of 5 years, older adults, and individuals with weakened immune systems.

Investigators say evidence shows that Gravel Ridge Farms is the likely source of the eggs associated with the outbreak. The farm was notified and has been cooperative with the investigation. 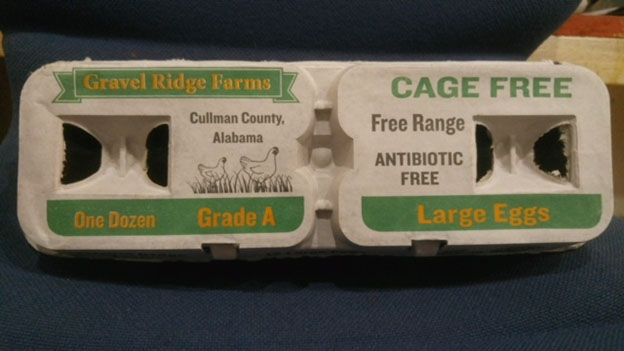 Gravel Ridge Farms issued a voluntary recall of the eggs and stopped distributing to retailers and customers.

Officials urge anyone with Gravel Ridge Farms eggs in their refrigerator to throw them away no matter what date is stamped on the package. Anyone with questions may call Dustin Smith at (205)363-1105, Monday-Friday between 8 a.m. and 4 p.m.

The following measures can be taken to prevent salmonellosis:

ALABAMA - We're two weeks away from the 2020 general election. Alabama's US Senate race has received national attention from the start.

Democratic incumbent Senator Doug Jones, who beat Roy Moore in 2017, is fighting to keep that seat.

(KSN) – After announcing that it will be holding three separate Black Friday sales events, Walmart has released ad scans from its first two Black Friday Deals for Days events which kick off on Nov. 4 and Nov. 11.

The retailer will kick off its third event the day before Thanksgiving. No ad for that event has been revealed yet.

Among likely Georgia voters polled, 48% say they intend to vote for Trump, with 47% saying they will cast their ballot for the former vice president. 5% of those polled said they will vote for someone else, with 1% remaining undecided with just over two weeks left until Election Day.

Commission to mute microphones in next presidential debate

Listen: President Trump calls Fauci a ‘disaster’ and seeks to reassure his team he can win

Woman charged with manslaughter and DUI in fatal September wreck

Woman charged with manslaughter and DUI in fatal September wreck