LIMESTONE COUNTY, Ala. - Crews were called to a fire on Howard Street north of Athens Wednesday afternoon.

Officials said no one was home at the time of the fire. When the owners were contacted that were most upset about the pets they'd left at home that day.

"It was very obvious that their pets are very important to them," said Chief Lance Pitts with the Piney Chapel Fire Department.

During a sweep of the home, a family dog was found dead, and a cat was found alive. A nearby vet tech was called to the scene to treat the cat named Oreo.

“Complete singing on his face, all around the ears is full of ash," said vet tech Sondra Raines after examining the cat.

“Maybe it was a good thing they weren’t at home today as bad as this is, because they could have lost their lives trying to rescue those pets," Chief Pitts said. "This fire was that severe.”

Authorities consider the home a total loss along with the vehicles that were inside the garage.

Chief Pitts said the fire started in a sunroom attached to the back of the house, but the cause of the fire is still under investigation. 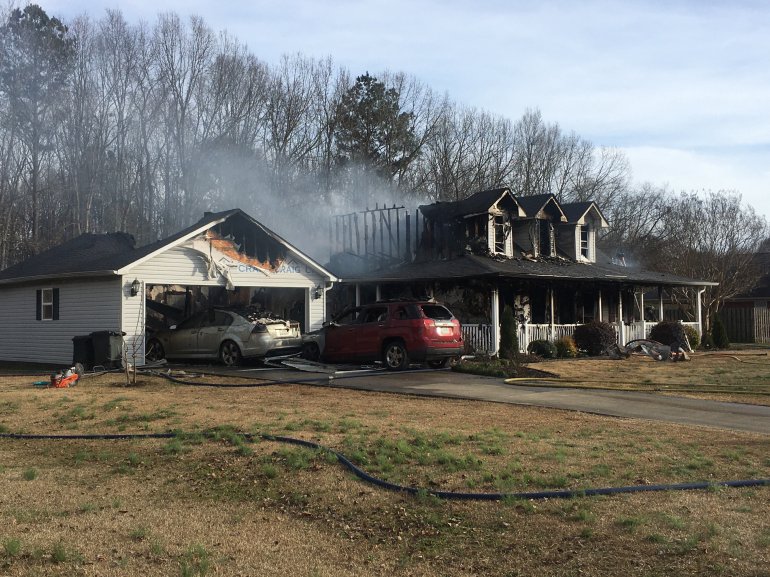 HUNTSVILLE, Ala. - A Huntsville man was sentenced to 30 years in prison on Monday for the attempted murder of three Huntsville police officers.

According to our news partners at AL.com, Devron Booker, 30, pleaded guilty to three counts of attempted murder.

HUNTSVILLE, Ala. – America lost one if its heroes and legacies on Monday. Known as a “Human Computer for NASA,” Katherine Johnson passed away at the age of 101.

No cause was given, but NASA administrator Jim Bridenstine posted on Twitter saying “the NASA family will never forget Katherine Johnson's courage and the milestones we could not have reached without her."

LOS ANGELES (AP) — Kobe Bryant's widow sued the owner and operator of the helicopter that crashed in fog and killed the former Los Angeles Lakers star and their 13-year-old daughter last month as she publicly mourned their deaths Monday in an emotional public ceremony.

The wrongful death lawsuit filed by Vanessa Bryant in Los Angeles Superior Court said the pilot was careless and negligent by flying in cloudy conditions Jan. 26 and should have aborted the flight that killed all nine people aboard.