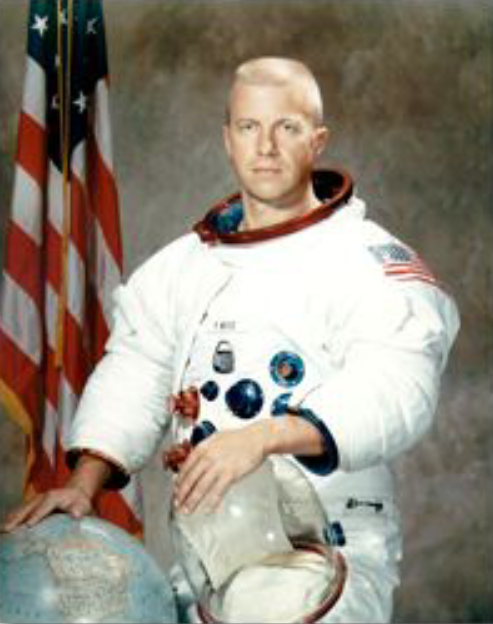 PHOENIX (AP) — Paul Weitz, a retired NASA astronaut who commanded the first flight of the space shuttle Challenger and also piloted the Skylab in the early 1970s, has died. He was 85.

Weitz died at his retirement home in Flagstaff, Arizona, on Monday, said Laura Cutchens of the Astronaut Scholarship Foundation. No cause of death was given.

A NASA biography says Weitz was among the class of 19 astronauts who were chosen in April 1966. He served as command module pilot on the first crew of the orbiting space laboratory known as Skylab during a 28-day mission in 1973.

Weitz also commanded the first launch of the shuttle Challenger in April 1983. The five-day mission took off from the Kennedy space Center in Florida and landed at Edwards Air Force Base in California. The Challenger was destroyed and seven crew members killed during its 10th launch on January 28, 1986.

In all, he logged 793 hours in space and retired as deputy director of the Johnson Space Center in May 1994.

Weitz was born in Erie, Pennsylvania, on July 25, 1932, and graduated from Pennsylvania State University with a degree in aeronautical engineering in 1954, according to NASA. He then joined the Navy, serving on a destroyer before being chosen for flight training and earning his wings as a Naval Aviator in September 1956. He served in various naval squadrons, including service in Vietnam, before joining the Astronaut Corps.

According to the Astronaut Scholarship Foundation, Weitz returned to the Navy after his mission on Skylab mission and retired as a captain in July 1976 after serving 22 years. He then came out of retirement to re-join NASA.

“Paul Weitz’s name will always be synonymous with the space shuttle Challenger. But he also will be remembered for defying the laws of gravity – and age,” said Curtis Brown, board chairman of the Astronaut Scholarship Foundation and an astronaut and veteran of six space flights. “Before it became commonplace to come out of retirement, Paul was a pioneer. He proved 51 was just a number.”

The foundation is supported by astronauts from the Mercury, Gemini, Apollo, Skylab, Space Shuttle and Space Station programs and annually provides scholarships for 45 students.

More than 1,181 Trump supporters are expected Saturday morning, the organizing website states. That would break the Guinness World Record for largest boat parade, which was 1,180 in Malaysia on Sept. 13, 2014.

(CNN) -- The Clorox wipes shortage continues to hog the attention, but there's another product that's been hard to find on store shelves over the past four months because of coronavirus: sewing machines.

Sellers are doing everything they can to keep up with a sudden surge in demand, but they still can't keep pace.

FOX 46 Charlotte captured the moment Hester turned 115 last year when she had a party at Beatties Ford Road Library with her family.