Skip to content
Watch Live
Watch Live
WHNT News 19 at 6:30
This is an archived article and the information in the article may be outdated. Please look at the time stamp on the story to see when it was last updated.

GALLATIN, Tenn. — A deer taken down by a Sumner County hunter in November will likely be declared a world record in 2019.

The Tennessee Wildlife Resources Agency said after letting the antlers from the deer Stephen Tucker killed in November dry out for 60 days, it has been measured and it is a 47-point buck. 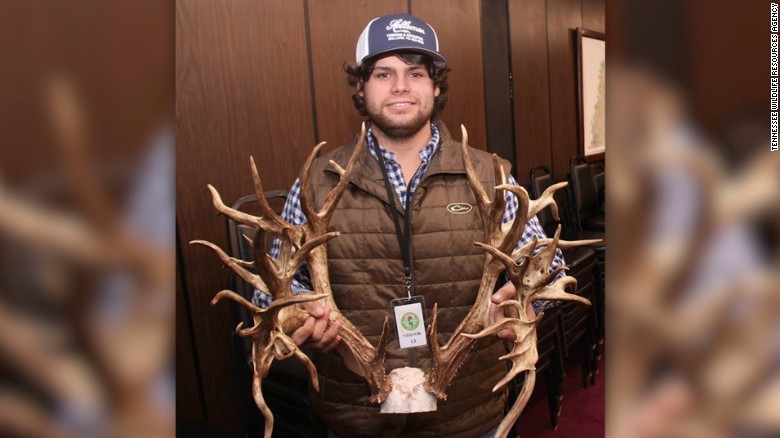 “When I turned around and see him, I was coaching myself because I got upset the first two times I seen him and I can’t let it get me this time,” Tucker said in November after shooting the deer. “Who would have thought anything like that would have come out of Sumner County, Tennessee.”

Before it will be declared a world record there is a two-year wait.

The Boone and Crockett Club has to officially measure it before it can be declared a world record. The club only measures every two years, so it won’t be official until 2019.

HARTSELLE, Ala. - There are many people who are being bright spots in our community.

In Hartselle, Wayne Jones started making soup, cornbread, and banana bread for those who are shut-in during the COVID-19 outbreak.

The money will come from a $100 billion fund set up to reimburse hospitals and other health care providers for their coronavirus expenses, he said. Providers, who will be paid at Medicare rates, will not be allowed to send bills to the uninsured patients for the cost of their care, Azar added.

BENTONVILLE, Ark. -- Walmart announced on Friday it will start limiting the number of customers allowed in its stores starting on Saturday, April 4.

The company said employees will only allow five customers inside per 1,000 square feet of store space, which equals about 20 percent of a store's usual capacity.

The average size of a Walmart Supercenter is around 180,000 square feet.

Target will limit number of shoppers in stores, supply workers with masks and gloves amid coronavirus pandemic