LIMESTONE COUNTY, Ala. – A 14-year-old boy is being held in juvenile detention, charged with murdering his family in Limestone County earlier this week.

The Elkmont community was in shock after the deaths, which happened Monday night.

There are still questions about what led up to the shooting and where the case goes next, but here’s what we know so far.

The Limestone County Sheriff’s Office was called to a home in the 25000 block of Ridge Road in Elkmont just before 11 p.m. Monday. At the home they found five people shot:

Each person had been shot once, according to the Limestone County coroner. Two children and one of the adults were already dead. Another adult and child died later at a hospital.

The Sisks’ funerals were scheduled to take place Saturday.

John Wayne Sisk’s 14-year-old son was also in the home. The boy was Mary Sisk’s stepson, and the children who were killed were his half-siblings.

Authorities said the teen told them he was in the basement and heard gunshots, so he ran from the home. But investigators said parts of his story didn’t add up and when they confronted him, he admitted killing them. He also gave them information about where he tossed the 9-millimeter handgun on the side of the road, investigators said, and they were able to find it using his information.

The teenager was charged with five counts of juvenile murder and was being held in juvenile detention. Authorities said it is possible that he could be charged as an adult.

It’s not clear where the handgun came from. Authorities have said it was in the home illegally but did not elaborate. John Sisk was a convicted felon, which would have made it illegal for him to own a firearm.

Mary Sisk was an educator and was working at Mountain Gap Elementary in Huntsville at the time she was killed. She had previously worked at Whitesburg School.

“She cared more than any other teacher I worked with. She was always there for them,” said Hope Seeley, one of her former co-workers.

John Sisk had an active cosmetology license in the state of Alabama. He was granted emergency custody of his son, the suspect, in June 2011. Records show Sisk was granted custody the same day the boy’s biological mother died.

According to a custody petition, the boy hadn’t seen his mother since 2008.

The small community of Elkmont was rocked by the news of the killings, as well as Limestone County Schools, where the children attended school.

Limestone County Schools brought in counselors for students, faculty and staff. A local credit union set up a fund to pay for the family’s funeral expenses.

A moment of silence was scheduled to take place during Elkmont High School’s football game at home against Deshler High School Friday night. 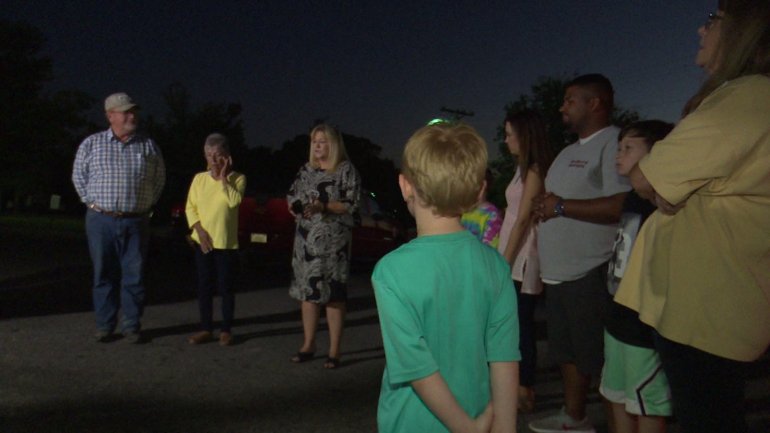 The night after the killings, the community gathered for a candlelight vigil. State Rep. Danny Crawford said it would take the community a while to recover from the tragedy, but people would bounce back.

“It’s not their first time to be hurt and they recovered before,” Crawford said. “It’s a wonderful community, great people, and they’ll all pull together and they’ll be fine.”

Disconnects were initially suspended in March due to the COVID-19 pandemic, and extended several times, with the most recent extension going until August 2.

LIMESTONE COUNTY, Ala. - The Greater Limestone County Chamber of Commerce is gearing up for back-to-school with the annual Partners in Education breakfast.

Each public and private school in Limestone County is partnered with a chamber member for the upcoming school year.

LIMESTONE COUNTY, Ala. -- Parents with children attending Limestone County's online school are concerned after seeing a sample schedule posted by the school district.

Students going back to school virtually begin classes Wednesday, Aug. 12, but a mock schedule parents were not expecting was posted within two weeks of the start date. Parents found out their child may be required to sit in front of a computer for around six hours a day.

Virus testing in the US is dropping, even as deaths mount