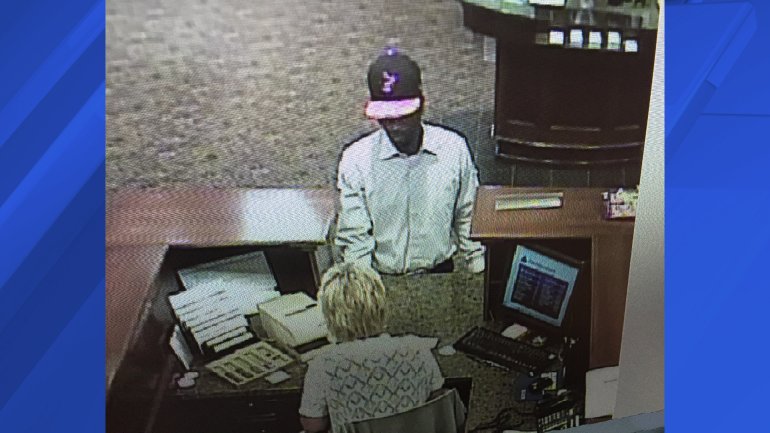 ATHENS, Ala. – The First National Bank branch at the intersection of Hwy 72 and Lindsey Lane was robbed Tuesday afternoon, a city of Athens spokesperson said.

City of Athens Communications Specialist Holly Hollman said a man robbed the bank just before 3 p.m. Tuesday.  The suspect is described as a tall man wearing a light-colored button-down shirt, blue jeans, and a black hat with a red bill.

The suspect was last seen running toward the Lindsay Shopping Center.

Hollman said search dogs and a helicopter are being used as a part of the search for the suspect.

WHNT News 19 has a crew on the way to the scene. We will update you here, on-air, and on social media when we learn more.

There has been a bank robbery at First National Bank. Police will release more information later today. The investigation is ongoing.

Athens parents given option to send kids back to classroom early

ATHENS, Al -- Athens City Schools is giving students who elected for remote learning, an opportunity to return to the classroom a bit earlier than expected.

Remote elementary students will now have the option of going back to school on September 28 and secondary students on October 6.

Acting Superintendent Beth Patton says she made the call due to the low COVID-19 infection rate in the area and after receiving over 80 emails from parents calling for the change.

"Most of our parents were working and trying to do the remote learning so I think that was a bigger challenge than most families realized," Patton said.

Previous plans had parents who opted for virtual learning at the beginning of the school year waiting until October 19 to choose whether or not to send their kids back to the classroom.

In order to elect to switch your child from virtual to in-person learning early, Patton said parents must fill out a survey sent to them by September 18.

Tickets on sale for ‘Haunt Walks’ in Athens

ATHENS, Ala. - A spooky Athens tradition returns next month. Tickets for 'Haunt Walks' are now on sale.

The guided tours are sponsored by the Athens-Limestone County Tourism Association.

ATHENS, Ala. — Athens City Schools is moving up its dates to bring students learning remotely back to school.

The district said Monday it was making the change due to the volume of requests from parents for an early return to traditional learning.

What does the orange dot on my iPhone mean?