GILES COUNTY, Tenn. – Drug agents say they have arrested a woman accused of having several pounds of meth, marijuana and hundreds of pills. They say they also recovered more than $14,000 in cash.

Investigators from the Giles County and Lincoln County Sheriff’s Department, Tennessee Bureau of Investigation and 22nd Drug Task Force searched a home in Ardmore for narcotics, but say they found much more. 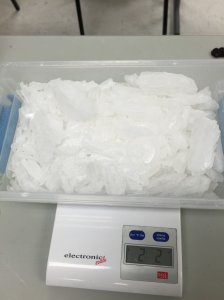 While searching the home of Wanda Gayle Clark on Pleasant Hill Road, investigators say they recovered a few pounds of methamphetamine “ice,” over $14,000 cash, a loaded firearm, packaged marijuana, and hundreds of various prescription drugs to which Clark was not prescribed. 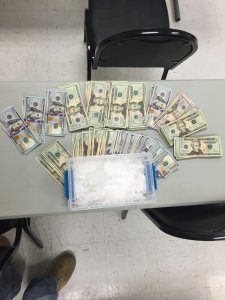 Clark was arrested and booked in to the Giles County jail on the charges of Possession of Methamphetamine for Resale and Possession of  Firearm during the Commission of a Dangerous Felony. Investigators say she may face additional charges.

The school posted on Facebook Sunday that students would stay home and be responsible for completing their assignments online.

The as-yet-named rhino was born to Kendi, who was the first white rhinoceros born at the animal theme park back in 1999. The pregnancy was 16 months long.

MADISON, Ala. — The Rocket City Trash Pandas are hoping to break a world record and give back to North Alabama at the same time.

The Trash Pandas have partnered with local organizations to attempt to break the Guinness World Record for "Largest Food Drive in 24 Hours at a Single Location."