MONTGOMERY, Ala. — Alabama leaders are expressing their condolences after the heartbreaking news of U.S. Senator John McCain’s death on Saturday. The tragic announcement comes a day after he stopped receiving treatment for brain cancer. 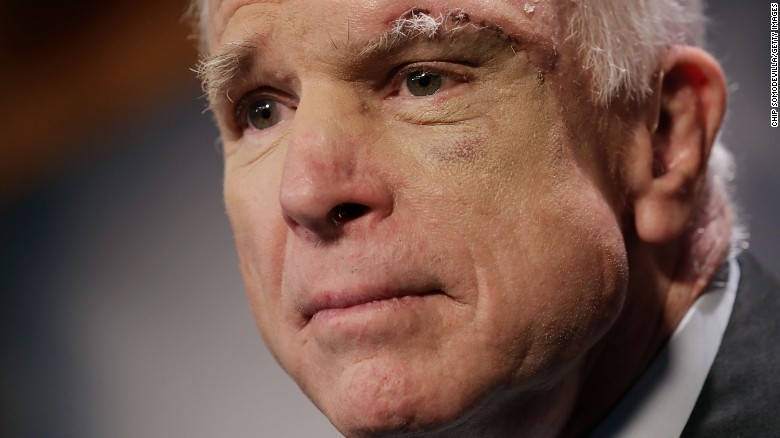 “John McCain was a brave American and a true hero – one who honorably served our country for 60 years.  His distinguished presence in the Senate will be missed, and his unwavering commitment to our country will live on in his legacy.  The McCain family remain in our thoughts and prayers during this hard time,” said U.S. Senator Richard Shelby.

Speaker of the House Mac McCutcheon released a statement where he recalled McCain’s military service and civic duty:

“As Speaker of the Alabama House, I would like to express the body’s deepest and most heartfelt condolences upon the passing of a great patriot, U.S. Senator John McCain,” McCutcheon said.

“The members of the Alabama House Republican Caucus join the rest of the nation in mourning the death of U.S. Senator John McCain, a true American patriot. John McCain was a fierce warrior in every sense of the word whether he was fighting the North Vietnamese who held him captive, promoting the issues in which he believed on the floor of the Senate, or battling the aggressive brain cancer that ultimately took him. His examples of bravery, resilience, and devotion to his country are legendary. While a prisoner of war in Vietnam, he turned down an early release and, instead, organized resistance efforts against his captors while working to buoy the spirits of his fellow POWs. As a member of the U.S. Senate, he promoted a strong and well-funded military, sought to recover the remains of servicemen were were list as POW/MIA for decades, and helped heal the wounds of the Vietnam conflict by returning to visit the ‘Hanoi Hilton,’ where he was once held captive. While some of us may have differed with him politically from time to time, no one can question his commitment to our nation and to charting what his heart believed was the right course. We pray that God will give comfort to Sen. McCain’s family as we celebrate the example of selfless public service that he leaves behind.”

Others took to Twitter with sympathetic words, memories and pictures.

We are very sad to hear of the passing of Sen John McCain. He served our nation for 64 years. As a veteran and POW, he is due our greatest respect and our nation's deepest appreciation. He loved America and showed that with his service. #alpolitics #JohnMcCain

Last year, I had the opportunity to visit the “Hanoi Hilton” with Senator McCain. It was a remarkable experience that I will never forget. May his service to our country never be forgotten. His family, friends, and colleagues will be in our prayers. pic.twitter.com/oTFxx7LAc5

I am saddened by the loss of John McCain. He was an American hero and Patriot. Because of his extraordinary service, America is a stronger place. May God's mercy and grace be with him and his family. #Hero #Patriot

I’m sorry to hear of the death of Senator John McCain. He and so many other American military personnel survived an existence as a POW in Vietnam that most of us could never imagine. My prayers to his family during this difficult time.

In January 2007, I had the privilege to meet a true American hero, United States Senator John Sydney McCain, III from the great state of Arizona! There is no doubt that he left an indelible impression on our nation through his service in the US Navy, the Congress & in the Senate! pic.twitter.com/sRdAXoZHQw

MONTGOMERY, Ala. (WIAT) — Saturday, Gov. Kay Ivey tweeted a thank you to Apple CEO Tim Cook after he made a generous donation of thousands of masks for medical staff employees in the state of Alabama.

Many companies are quickly planning for employees to work from home, and others are fast-tracking policies to meet the requirements of shelter-in-place orders issued by state officials. These actions are making it an even higher risk of people being targeted by scammers, especially through phishing emails or through an unsecured network connection.

Transitioning from an office setting to home, many may find themselves more vulnerable to tech support scams. With limited IT resources available, employees may attempt to solve technical issues themselves when confronted with pop-ups and virus alerts. BBB Scam Tracker received a report of a victim losing nearly $250 to a tech support scam. The report stated a pop-up window appeared when the user's computer froze. The instructions on the pop-up window said to contact a company claiming to be affiliated with Apple. After following the directions, the consumer paid for what they thought would fix the problem and never heard from the tech support company again.

In North Alabama, invitations to complete the 2020 Census began arriving in mailboxes on March 12. If you haven’t received the invite already, it will be arriving before April. If you fail to complete the 2020 Census by mail, phone or online by the end of April, you can expect an in-person visit by a legitimate Census Bureau representative in May.