MOULTON, Ala.- A Moulton man received Army medals for his time served in the Vietnam War almost a half-century ago.

This week, Royce Melson received his honors. These included the Vietnam Service Medal with three bronze stars, the National Defense Service Medal, the Expert badge with Rifle Bar, and the Republic of Vietnam Campaign Ribbon with Device.

Melson’s military career began when he enlisted in 1965 and deployed to Vietnam as a communications specialist in 1966.  At that time, Melson was 19 years old.

In 1968, Melson left the Army about six months after he returned home.

Melson said while serving in Vietnam, he was exposed to Agent Orange, a herbicide that is used to treat trees. He suffered long term health problems from the exposure, including Parkinson’s Disease. 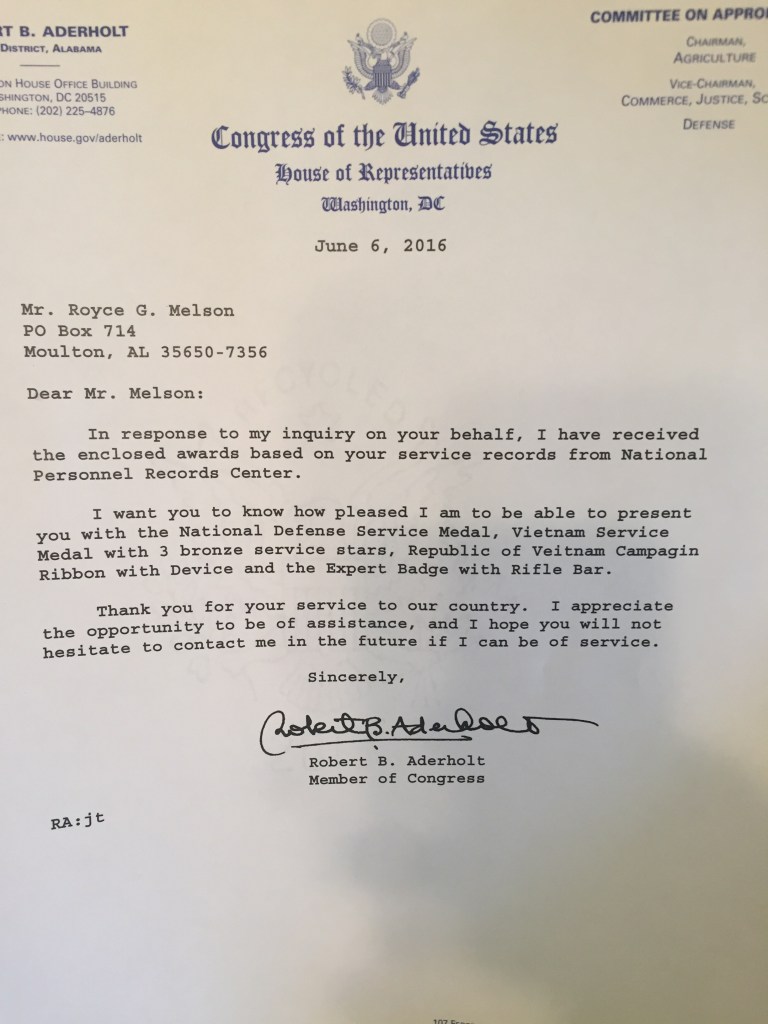 (WPRI/NEXSTAR) — As the nation finds itself deep in the throes of a pandemic, Nexstar stations from around the country are providing updates each night at 9 p.m./8 CST with the latest coronavirus headlines.

President Trump took a second COVID-19 test today, the New England Patriots help by taking a round trip flight to China, businesses everywhere are stepping up to make critical PPE, and other updates from around the country.

DEKALB COUNTY, Ala. - The Dekalb County Sheriff's Office needs help finding a 13-year-old girl who ran away with a 3-year-old boy. Authorities canceled the AMBER Alert after finding the child in Chattanooga.

WASHINGTON (AP) — The Trump administration is formalizing new guidance to recommend that many, if not almost all, Americans wear face coverings when leaving home, in an effort to slow the spread of the new coronavirus.

The recommendations, still being finalized Thursday, would apply at least to those who live in areas hard-hit by community transmission of the virus that causes COVID-19. A person familiar with the White House coronavirus task force's discussion said officials would suggest that non-medical masks, T-shirts or bandannas be used to cover the nose and mouth when outside the home — for instance, at the grocery store or pharmacy. Medical-grade masks, particularly short-in-supply N95 masks, would be reserved for those dealing directly with the sick.