EAST SELMA, Ala. (CBS)- Three people were injured and a suspect is in custody after a church shooting in East Selma, Alabama, on Sunday.

The Selma Times Journal reports the suspect is 26-year-old James Junior Minter of Selma, and he has been charged with three counts of attempted murder.

Minter is accused of shooting his girlfriend, her newborn baby and the pastor at the Oasis Tabernacle Church, the Times Journal reports. 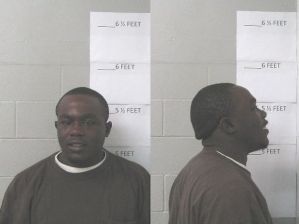 went on to say the shooting stems from ongoing domestic violence and a dispute over child visitation.

The 61-year-old pastor was shot in the leg, and is being treated at a local emergency room.  The woman and baby were taken to a Birmingham hospital, where they are recovering.

Witnesses told police Minter sat in the front row for a time before opening fire. The pastor was shot when he grabbed Minter.

Members of the congregation disarmed Minter, who fled but was caught less than a mile from the church.

Jackson said Minter is being held without bond at the Dallas County Jail. The Selma Police Department is investigating further.

WASHINGTON (AP) — The Washington Redskins began a “thorough review” of their nickname Friday, a significant step toward moving on from what experts and advocates call a “dictionary-defined racial slur.”

Even though owner Dan Snyder had shown no willingness to change the name since buying the team in 1999, the recent national conversation on race has renewed opposition to the name and prompted sponsors to speak up. With support from the NFL, it may finally lead to a new moniker for the long-struggling storied franchise with long-ago Super Bowl success.

The game scheduled for July 14 has been canceled because of the coronavirus pandemic, and Dodger Stadium was awarded the 2022 Midsummer Classic.

DAPHNE, Ala. (WKRG) -- The festival poster art for the 32nd Annual Jubilee Festival of Arts features the work of Ricky Trione. The local artist is well known along the Eastern Shore for his sea life scenes and the inspirational story of how he overcame his disability of being blind to learn how to paint and teach others.

See news release below issued by The Eastern Shore Chamber of Commerce.