Madison, Ala. (WHNT) - Our Tools for Teachers mission this week took us to the James Clemens High School band room, where we surprised band director Keith Anderson with $319 to be spent as he sees fit on supplies.

Mr. Anderson was nominated by Clemens sophomore, Natalie Falkenberry, who really appreciates the dedication he has for the music program and the example he sets as a human being. She also likes the awards the band is already winning on a consistent basis under Anderson's guidance.

"He inspires me to be a great human being like him every day," Natalie said in her nomination letter.

Like everything else at James Clemens -- the entire school is just in its  3rd year of existence -- its music department is brand new. The task of growing a band program from scratch fell to Mr. Anderson, and like a football coach taking over a new team, he has found success by creating a culture of excellence from the outset.

"Trying to create that identity in the minds of the students and their parents was really important," Anderson said. "And I think that’s one of those things that helped us establish from the very beginning what kind of organization we were going to have before we ever played our first note."

This approach is paying dividends. The band just returned from a competition in Rome, Ga., where they won multiple awards, including an all superior score and 1st place in their class.

If you know a worthy teacher, coach, principal, or aide, tell us about them through the Tools for Teachers nomination form.

(WHNT) - School has changed for the last month or so of the year, and so has Tools for Teachers!

WHNT News 19 wants to give you a few resources to keep the learning going.

MADISON COUNTY, Ala. - This Madison County teacher says teaching is her second chance at life.  That teacher is LaToya Baker. She teaches first grade at Rolling Hills Elementary in Huntsville. The principal says she is one of the best they have.  "She is probably one of the best teachers we have on staff. Very phenomenal in everything that she does and she puts a lot of hard work and…

MORGAN COUNTY, Ala. - This Morgan County teacher shows her students the key to being kind. 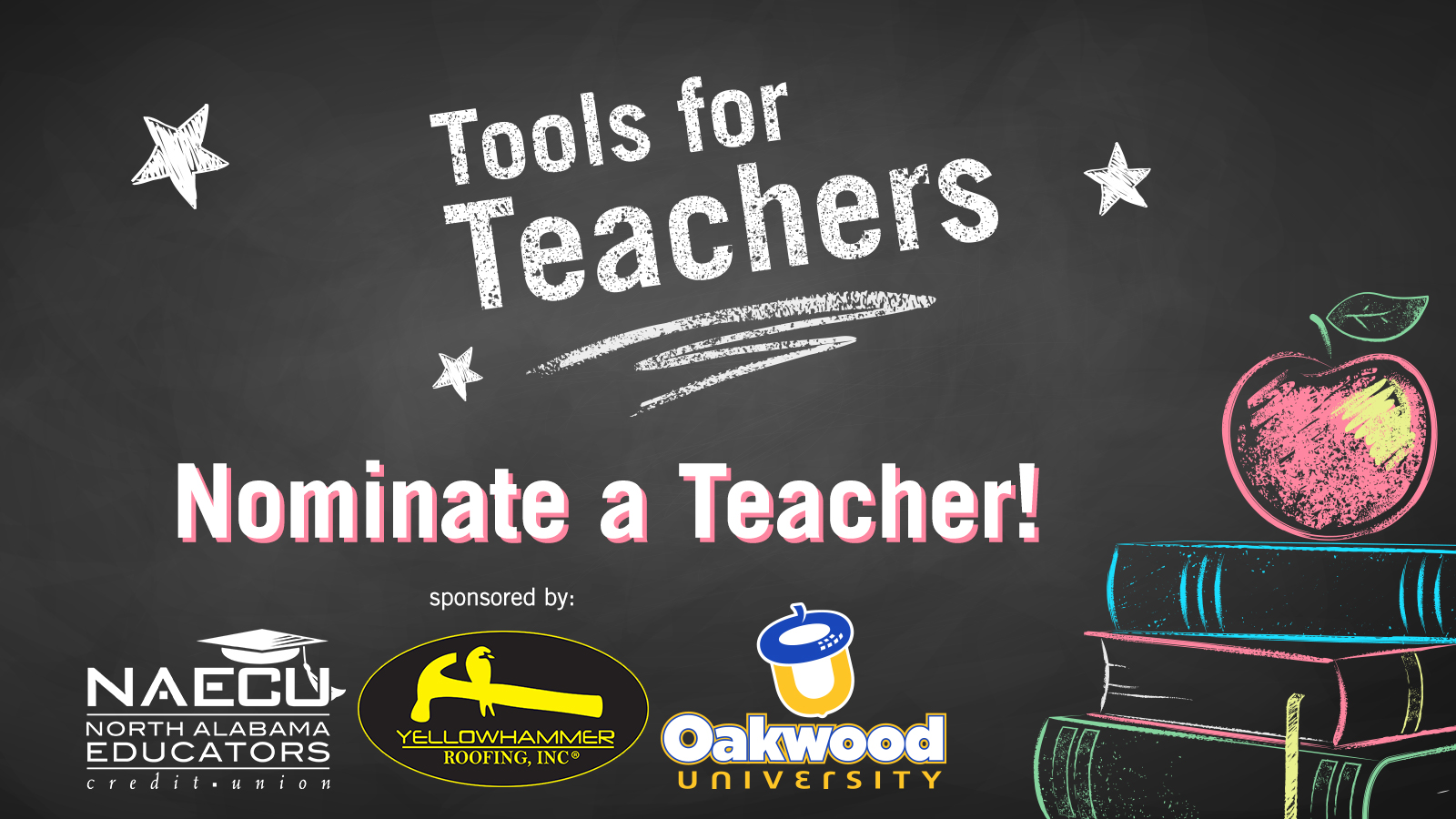 Click here to nominate an Educator for Tools for Teachers!
Tools For Teachers: Read the Rules
× Close Ad