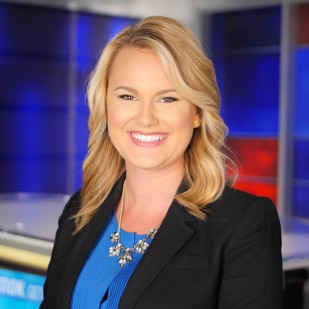 Sarah Macaluso joined WHNT News 19 in June 2016 as a Reporter/MMJ. Born and raised in Florida, she is excited to make the move to the Tennessee Valley.

Sarah has a Bachelor’s degree in Telecommunication and Film from The University of Alabama. While in school, she worked for WVUA-TV in Tuscaloosa as a reporter and fill-in anchor. At WVUA, Sarah covered a variety of news stories that include an explosion at a textile plant in Brent, the Governor Bentley scandal, and of course, multiple National Championships from the Crimson Tide.

Sarah’s love for reporting is driven by her love for people. She has a passion for telling stories and looks forward to keeping the Tennessee Valley informed.

In her spare time, Sarah enjoys exploring the Huntsville area and hanging out with friends. You can also catch her cheering for the Crimson Tide during football season.

If you have any news tips, comments or questions, you can email her at sarah.macaluso@whnt.com or find her on Twitter @SarahMacaluso.