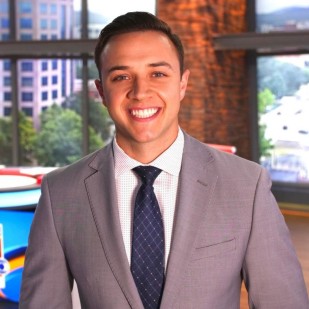 Rocco DiSangro is the Sports Director at WHNT News 19, and started at the station in July of 2018

Rocco was born and raised in Levittown, PA, a suburb of Philadelphia and earned his degree in Journalism from Temple University where he graduated in 2016. During his time at Temple, Rocco had the chance to cover Temple Football and Basketball while working for the student run television station Temple Update.

In July of 2016, Rocco got a job as a Sports Reporter/MMJ at WTVY News 4 in Dothan, where he covered Auburn, Alabama, Troy, and was fortunate enough to see two College Football National Championships.

Rocco has a strong passion for high school sports and is excited to be working in the Tennessee Valley where he hopes to tell the stories of local coaches and athletes. If you have any story ideas or tips for Rocco, feel free to send him an email at rocco.disangro@whnt.com.