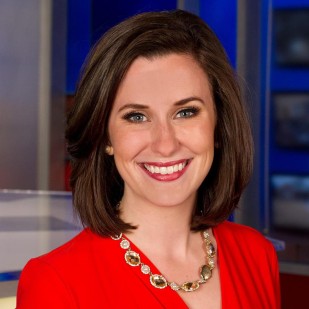 Megan joined WHNT News 19 in August of 2015 after spending 2 years at WRCB in Chattanooga, Tenn. as a reporter. While at WRCB, Megan reported on a few stories that landed in the national spotlight, including the deadly attack of 5 servicemen who were gunned down at the Navy Reserve Center. The attack on her hometown didn’t break the community, though; rather, it made them #ChattanoogaStrong.

Before working in Chattanooga, Megan spent some time in Bristol, Va. as a general assignment reporter. She began working there three months before graduating college; working 40 hours a week and taking 18 hours of classes online.

Megan graduated from Middle Tennessee State University in 2012, with a degree in communications in just three years.

When she’s not reporting or going live on the news, you can find her at anything artsy. She’s a lover of music, theatre and dance; and has lots of practice in all of it. She also loves animals; specifically her own cat, Stache (He has a mustache).

Have a story idea or an event you want covered? Send her a message at megan.brantley@whnt.com or tweet her at @meganlbrantley