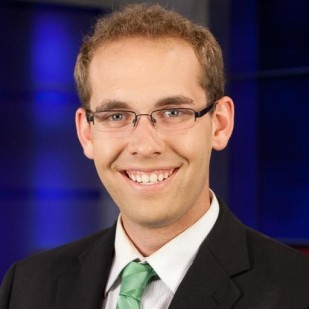 Matt is a Colorado native but is now addicted to the southern sunshine, sweet tea, and fried chicken!

Matt grew up in a small town tucked away in a high Rocky Mountain valley with a ski area out his back door.

Matt comes to WHNT from the CBS affiliate in Grand Junction, CO. He has worked in newspaper, radio and television since he was 16 years old when he got his first reporting job.

Matt is an Emmy award winning journalist who enjoys getting to tell stories that get people thinking.

He graduated from Colorado Mesa University on the Western Slope of Colorado with a degree in Mass Communications.

When not chasing down the news, Matt can be found wondering the halls at Lowe Mill or hiking on Monte Sano with his puppy #Noah (yes the # is part of Noah’s name)

If you have a story that needs to be told or you just want to say hey, email Matt! Matt.Kroschel@whnt.com