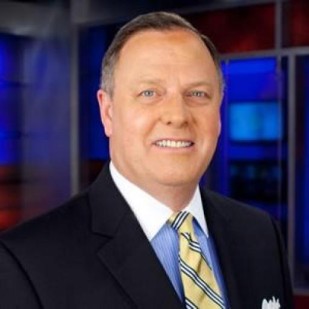 Jerry was born in Nashville, Tennessee. While working on his college degree at Middle Tennessee State University, he landed an internship at WTVF, the CBS affiliate in Nashville. After graduation, Jerry was hired as chief videotape editor in the News Department. In the fall of 1978, he moved to Huntsville. He was hired by WHNT as a reporter, but within a couple of weeks began producing and anchoring the weekend newscasts. After working as 10 o’clock co-anchor and then noon anchor, Jerry was moved to the 6 and 10 main anchor spot in November of 1983. After the tornadoes of April 27, 2011, he began anchoring a new newscast at 6:30 pm. In the fall of 2016, he wanted a change from anchoring the late newscast for more than 30 years. He now co-anchors the 5 and 6:30 newscasts weeknight with Clarissa McClain and Christine Killimayer.

Jerry has literally been around the world gathering stories for WHNT NEWS 19. He’s reported from the White House and brought stories home from as far away as St. Petersburg, Russia. He’s interviewed celebrities like Mark Hamill and Carol Burnett. But some of his favorite memories are of interviewing and getting to know the boys in the band from Fort Payne. Jerry was the first television reporter to interview members of the group Alabama. Jerry loves country music. After all, he’s from Nashville. And in 2008 and 2010, Jerry was invited to be a guest announcer during a live portion of the Grand Ole Opry! He was thrilled to be a part of the radio show that he listened to with his great grandfather on Saturday nights.

Jerry’s been honored with numerous awards during his journalistic career. He’s an eight time Emmy nominee and two time winner! In 2010, he was inducted by the Nashville/Midsouth Chapter into the National Academy of Television Arts & Sciences Silver Circle. Inductees are honored for their contributions to the television industry for 25 years or more in broadcasting.

Jerry was recognized with the Associated Press Television Award for Best News Anchor in Alabama in 2005, 2006 and 2015. And the Alabama Broadcasters Association presented Jerry its Abby award for News Anchor of the Year in 2008, 2011 and 2013. In 2012, he also won an Abby award for a feature story called “A Father’s Love”. Jerry was also honored with a Region 12 Edward R. Murrow Award for Best Sports Reporting in 2013.

When Jerry’s not working, he loves spending time with family. That’s especially true now that he is a grandfather! He loves to fish, kayak, play golf and watch his Tennessee Titans and Nashville Predators! If you ever run into Jerry, say hello. He loves meeting the people who watch WHNT News 19. You can also email him at jerry.hayes@whnt.com.