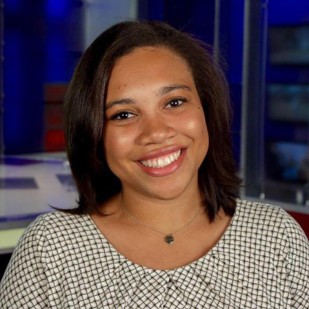 Olivia joined WHNT News 19 in August 2016 as a multimedia journalist in the Sand Mountain area. She started her career as a photographer at WTXL in Tallahassee, Florida but eventually moved into the role of MMJ.

The Georgia native developed a passion for journalism in high school, producing Hawk Talk TV. She later went on to Valdosta State University (GO Blazers!!!), where she received a B.F.A. in Mass Media. While at VSU, Olivia was actively involved in her university’s news show, News Valdosta. She was a photographer for Valdosta’s Video Production Services, covering various campus events. Olivia also became a member of the MOST ILLUSTRIOUS organization on campus, Alpha Kappa Alpha Sorority, Inc.

Olivia enjoys spending most of her free time either outdoors hiking or indoors at a mall or shopping center. She’s obsessed with all things of the ARTS, specifically theater and musicals. When it comes to sports, GO CELTICS. Enough said. Also, Olivia loves to travel and visit new places, which is why she is beyond thrilled to explore Sand Mountain and the Rocket City!

If you have a news tip, story idea or maybe even an amazing recipe, feel free to contact me at olivia.steen@whnt.com.