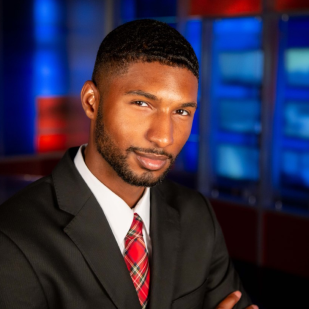 Elijah Baker is officially a southern boy! He moved from Michigan to the Rocket City in September of 2019. He is a WHNT News 19 reporter. He’s interested in getting to know you. Your frustrations. Your remarkable triumph…that story the world ought to hear.

Baker landed his first news job in Alpena, MI where he worked as a solo anchor, reporter and producer for WBKB. He was the first reporter to produce an in-depth special report on race and ethnicity in that community.

He was awarded Best Investigative Story, Best News Reporter, Best News Special, and Best Series in Market 4 by the Michigan Association of Broadcasters during the Broadcast Excellence Awards in 2019.

Baker is a BIG church boy. He already feels the Bible Belt welcome. He misses Millie, a dog he got to love in Virginia. For real, don’t hesitate to hit him up with story ideas. He wants to know who you are and what’s going on.