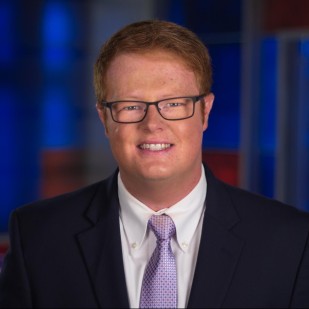 Chris joined WHNT News 19 in January 2016 as a Reporter/MMJ after working more than a year as a Producer and Assignment Editor at WTVF-TV, the CBS affiliate in Nashville, TN. While at “NewsChannel 5,” Chris was nominated for a Midsouth Regional Emmy for producing Winter Weather Team Coverage for the massive southern snow storm of 2015.

Chris began at the station 7 months before he graduated, Magna Cum Laude, from Middle Tennessee State University with a degree in Mass Communications. During his college years, Chris was highly involved with MT10 News, the student-run newsroom at MTSU, where he served as News Director, Reporter, and Anchor. One of his favorite stories in college was about the Islamic Center of Murfreesboro, which featured an interview with Tennessee’s Lieutenant Governor, who made controversial comments about Muslims in America. Excerpts from Chris’s interview were featured in major newspapers, internet articles, and radio newscasts across Tennessee. He’s also a proud brother of Kappa Alpha Order, Delta Lambda Chapter and grew up in beautiful Clarksville, Tennessee.

When Chris isn’t “Taking Action, Getting Results” for the Huntsville community, you can usually find him enjoying the outdoors. Chris developed his love for nature from his family, who took him hunting, fishing, kayaking, and hiking since he was old enough to walk. Chris also loves rooting for the Tennessee Titans, Nashville Predators, and his beloved alma mater – the MTSU Blue Raiders! As for local teams, he’ll definitely check out several Huntsville Havoc games, but if you’re waiting to hear if he’s an Auburn or Alabama fan – he says “no comment.”

If you have a news tip for Chris, feel free to reach out to him on social media, or email him at chris.davis@whnt.com. You can follow him on Twitter @chrisdavismmj or on Facebook.