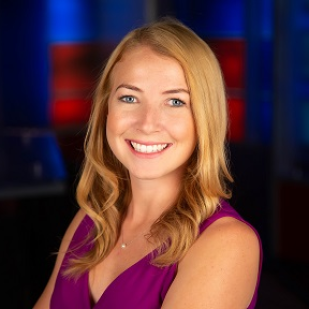 Ashtyn Hiron joined the WHNT News 19 team in October 2019 as a Multimedia Journalist/Reporter.

Ashtyn is Australian and grew up in sunny Perth, Western Australia.

Ashtyn moved to the U.S to play college lacrosse where she was a 4 year student-athlete at Jacksonville University, and earned her Communications degree.

She then ventured to snowy Syracuse, New York where she graduated with her Masters in Broadcast and Digital Journalism at the S.I Newhouse School of Public Communications at Syracuse University.

Ashtyn reported for our sister station WKRG out of Washington, D.C. where she covered Capitol Hill, and Florida and Alabama lawmakers.

In her free time, you can find Ashtyn exploring local restaurants and breweries, playing pick-up lacrosse, or searching for the most scenic view in town.

Ashtyn is thrilled to learn and grow in Huntsville and to get involved in the community.

If you have any story ideas or comments, she would love to hear from you! You can send Ashtyn an email at Ashtyn.Hiron@whnt.com.